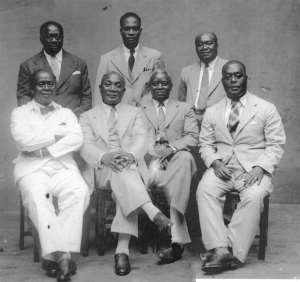 THE death of one of the founding fathers of the African independence movement, Kenneth Kaunda of Zambia, has coincided with the questioning of the economic legacy of the founder of Ghana, Osagyefo Dr Kwame Nkrumah by one of the ex-presidents, John Agyekum Kufuor.

In the view of president Kufuor, Ghana would have fared better, if we had invested the foreign reserves we had at the time in profitable and thriving businesses in the West. He feels that this would have earned us sufficient foreign reserves that would have allowed us to develop without the depletion of the foreign reserves. He believes that the strategies of Singapore and the Emirates have a lot to be commended for than the rush for Nkrumah to build factories and industrialise.

I believe, however, that whilst it is useful to interrogate the performance of our past leaders, especially those that won independence for us, we may in time come to applaud rather than denigrate their performance. The freedom we wanted in the mid-1960s cannot be quantified, it had to do with the essence of what man wants in life. Unless we can contextualise the will of the people to agitate for independence, we will never appreciate the task that our founding fathers faced, to give us the dignity to live our own lives instead of having a foreign power dictate everything we did.

Different countries have used different strategies to forge their economic development. Adam Smith’s capitalism suited the Western Europe of the 18th century, the Marxist theories worked for the socialist revolutions of the 19th century Eastern Europe and the Great Leap Forward must have worked for a 20th Century China. No certainty that what would have worked for one country will be the blueprint for all development worldwide. Even with the benefit of

hindsight, we cannot be sure that our investment of the healthy reserves that we were left would have generated enough funds to make us develop faster and to sustain the development. The inequalities in the system were stark with the white people who controlled the economy, earning so much more than the indigenous population. Not only was the economy controlled by the colonial masters, but it was so lopsided that even ‘educated Africans’ had no say in how it was run for their countries.

The challenge at independence was how to provide for social as well as for political independence and how to fund this with a colonial economy. How does one deal with the challenge for jobs with higher-level skills if instead of expanding the job base, we just continue with underemployment or low skilled jobs?

The only way to grow an economy was through industrialisation using science and technology. That was what all the economic development plans advocated with massive government investment and a drive towards import substitution. In so doing our founding fathers were not negligent at all.

The bigger challenge was the spate of military regimes that swept through the continent and unleashed a pause on development in the name of economic consolidation and rehabilitation. The economic liberalisation that followed failed to revive the economies and the structural adjustments turned us into neo-colonies controlled by multilateral agencies.

Leapfrogging industrialisation without capital accumulation will not happen because we continue exporting commodities when we should be exporting finished products. We now import high-value products when we should be thinking of importing high-value resourcefulness to grow our economies. Bemoaning the past and heaping the source of present problems at our founding fathers will not engender economic growth. The leaders of every generation have had to deal with their economic evils transfer pricing, multinational companies, geo-national companies, and we are now in the mix of globalisation where even advanced countries are struggling to keep up with regulations, with taxing and with industrial espionage.

We must start repairing the damages of the past if indeed there were mistakes, and this requires us to come up with our strategies based on competitive advantage. If we must focus on the future, we will realise that our options are much wider – our entrepreneurs are better educated, better skilled with a higher grounding in the theory and praxis of business management, we have more financial intermediaries amongst us who can raise finance easier.

As the oil runs out, as it surely will, we may lead in the implementation of greener economies, what with an abundance of ‘wind and sun’ power and the development of tooling capacity, advanced productivity tools will help us to brand better, innovate faster, communicate, and advertise more effectively and now we have a wider scope of markets to sell to not just the West or the East but also the South. The realisation of the dream of African economic unity

will mean that we have a wider market to explore our cultural creativity as a firmer basis for our production and ingenuity in the marketing of our goods and services.

Our governments should resist the temptation to be cornered into an ideology of inaction that does not allow them to use the power of the state to aid our businesses whether these are state-owned joint ventures in strategic industries or social enterprises or cooperatives. Indeed, our governments also have a role to play, even if in picking winning industries, building infrastructure, providing access to seed capital, and attracting foreign capital and technology to help boost our economic development in providing capacity building and assisting growth industries.

Continuity in action is what is required, not the blame game or whining of past presidents. The legacy of our founding fathers of independence in Africa should not be trashed

Ade Sawyerr is a management consultant at Equinox Consulting who works on enterprise, employment and community development issues within the inner city and black and minority communities in Britain. He comments on social, economic and political issues and can be contacted at www.equinoxconsulting.net or [email protected]