Music Video Directors Are Not Respected In Ghana – Pascal Aka 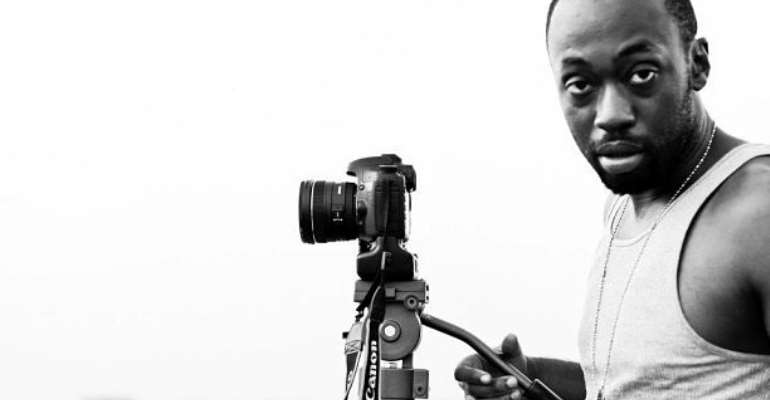 Ace Actor/Director, Pascal Aka has described as awful the disrespect showed to video directors by some musicians in their quest to have their music/movie videos done at a faster pace.

“Most music video directors in Ghana are not been respected by their clients who wants their low budgeted videos at a quicker time.”

The Chief Executive Officer of Breakthrough Media Productions outlined that the major challenge that curtail film director’s work on a particular music video is how several significant artists in Ghana opt for a low budget visuals.

Adding that though directors play important role as key stakeholders to give good quality visual effects in the music, sound engineers have a part to play in ensuring high-quality sound.

Speaking on Pluzz FM Monday, the filmmaker reiterated that most musicians in Ghana impose their recommendations on directors on what they prefer particularly on the type of camera and costumes to use on set for their music video although it seems difficult to acquire them and also obstruct the work of most directors when strained to purchase tools they have not budgeted for.

Rooting for Ghanaian Dancehall singer, Shatta Wale’s recent comment on his facebook page about some video editors who delay their music videos though they have been sorted out but fail to deliver on time, he said it’s unfortunate how some directors have turned the profession as sole person’s business handling all aspects of the work without employing more hands to speed up activities.

He also noted that about eighty percent (80%) of Ghanaian Musicians do not want to patronize expensive music videos because their budget for the music video usually does not meet the require standards to execute good quality videos.

When asked about the rules of engagement between the music video director and the client (Artist), he stated that for a mutual agreement, the client is supposed to pay the first instalment for the director to commence on the video shoot and also pay the second instalment when the video is completed.

Pascal said most music video directors prioritize the kind of Music videos they want to do which delays the singer from releasing his video on time.

The director of VVIP’s ‘DogoYaro’ song added that though visual delivery on the agreed time also impede music videos from being premiered on a speculated date, directors should not compromised on the agreement made between his production and the client.

“Sometimes Location for video shoot is also a challenge looking at the limitations when the budget (expenditure) of your client is not enough to allow you to go to a far location to shoot the video.

“Ghanaian musicians also compare themselves with other foreign singers’ video but their budget is not enough to cater for such works, he added.”

After a prolonged absence from the music video scene, ace actor and producer, Pascal Aka has gathered seven (7) nominations at the 2014 Ghana Movie Awards with the feature film “Double-Cross” and the popular short film “Ghana Police”.