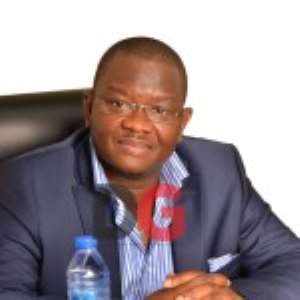 The Financial and Economic Court issued the freeze order after the Financial Intelligence Center (FIC) had made an ex-parte application praying for the order.

Legal brains however, argue it is improper to use an ex-parte application to freeze the bank accounts of Mr. Mensah without giving him an opportunity to be heard.

The accounts were frozen at a period the Bureau of National Investigations (BNI) is investigating Mr. Mensah over what is being speculated to be financial malpractices that happened at the NHIA when he was the Chief Executive.

The four accounts are at Access Bank, United Bank for Africa (UBA), Energy Bank and Ecobank.

Mr. Mensah said he would need clearance from his lawyers before granting DAILY GUIDE an interview over the frozen accounts.

DAILY GUIDE gathered however, that Mr. Mensah's account at UBA as at when it was frozen on Thursday, contained a little below GH¢7,000, saying that is the account through which he runs his salary.

The Ecobank account contained the exact amount given to him as his end of service benefit after he had served his first term as NHIA Chief Executive, while the Access Bank and Energy Bank accounts were in debt to the tune of GH¢17,000 and $170,000 respectively.

The former NHIA boss has taken a loan from Access Bank to build his house and was left with an amount of GH¢17,000 to complete payment. He also recently took a mortgage of  $170,000 to purchase a real estate facility which was being  sold at a reduced price.

Mr. Mensah was arrested and detained at the BNI on New Year's Day (January 1) when he reported himself at the security outfit in response to an invitation from the (BNI) Director. He was subsequently released on bail after some eleven hours in custody.

He has since been reporting himself to the BNI every single day but has not been charged with any offence yet.

Prior to his January 1 arrest, seven fully armed BNI officials on raided his private residence in search of him and created a scene which attracted neighbours and passersby to gaze at the display with awe.

He was out of Accra with his family when the armed men put his residence under siege.

Though BNI officials have denied the invasion, a CCTV recording of the incident captured all seven gunmen as well as the vehicles with which they went to Mr. Mensah's house.

Crisis Meeting
Sylvester Mensah, a former Member of Parliament for La Dadekotopon on the ticket of the National Democratic Congress (NDC), yesterday called for an emergency crisis meeting with the party's leadership in the constituency.

The meeting was to persuade them to rescind their announced decision to permanently suspend all NDC-related activities in the constituency as a protest to the 'Rambo-style' attempted arrest and public embarrassment.

“I have submitted myself to the BNI and I have answered most of their questions. I am still waiting for further questions they may have and as we speak today, what I can assure you is that of all the discussions I have had with the BNI, there is nothing that makes Sylvester Mensah guilty of fraud and I have not been charged,” Mr. Mensah indicated.

He continued, “Against this reason, there is no need to say we are suspending party activities. I would want to appeal to you to be mindful of the times in which we are. We are in an election year and we must appreciate that our margins of victory are very slim and it takes just about one or two constituencies to win general election.

“It is important you have shown solidarity and I appreciate it, I congratulate you, I salute you. But let us not overstretch this solidarity to the point of harming our very objective of winning the 2016 elections… I can assure you that I am safe and sound and all is well,” Mr. Mensah told his constituents.

Ghana Back To HIPC Not True – Oppong Nkrumah
9 minutes ago

Allowance For Workers Who Lost Job Due To Covid-19 — Mahama ...
21 minutes ago