Ghana has a film business not a movie industry - KSM 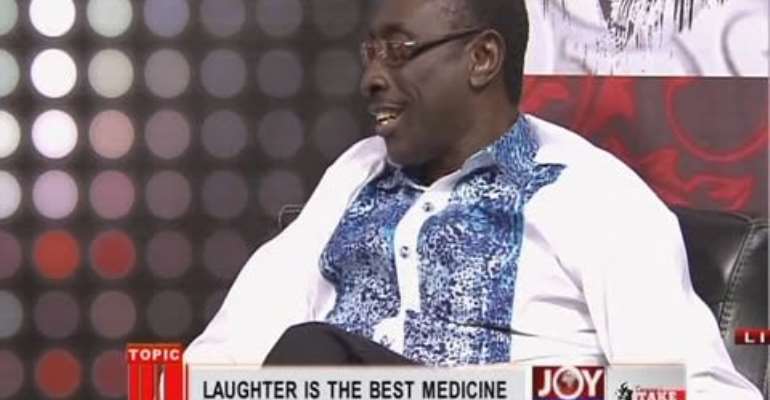 Comedian and talk show host, Kwaku Sintim-Misa, popularly known as KSM, says Ghana has a film business and not a movie industry.

According to the actor, there are certain constituent of film making which is required to make an industry vibrant but some of those things are lacking in Ghana.

“An industry is well structured and well-coordinated when there is more benefit to derive from an effective industry than we have now, yes, there are people who have been engaged in the business of film, people have doubled in film but I think there is a film business not a movie industry.”

He made the assertion in an interview with KMJ on Daybreak Hitz (Showbiz Review) on Hitz FM.

He continued that, “In a very well structured industry, we have the writers, directors, distributors and those who basically fund the film, but Ghana is like a one-man crusade.”

“So we have a loose association of people doing films here and there but I do not think this qualifies to be called a movie industry,” he told KMJ

KSM disagreed with the assertion by some industry players that the problems that have bedevilled the industry preventing it from being successful is the lack of finance.

The ‘Afia Siriboe’ star thinks “the problem is not the money; it is the fact that we don’t have an active film viewing base to support it for anybody to throw their money in it because chances are they will not get their money back.”

“People who invest are looking to grow their money and not to do charity work,” he said.

In the 2016 Budget read by Finance Minister Seth Terkper, he announced that an amount of GHâ‚µ38,918,393.00 has been allocated to the Tourism, Culture and Creative Arts sector.

The ‘Thank God is Friday’ TV host sharing his opinion on the allocation to the sector said “It sounds great but I am looking forward to hear about the breakdown, how much of the money is going to be invested in what, giving it to the creative industry in general is so wide and vague.”