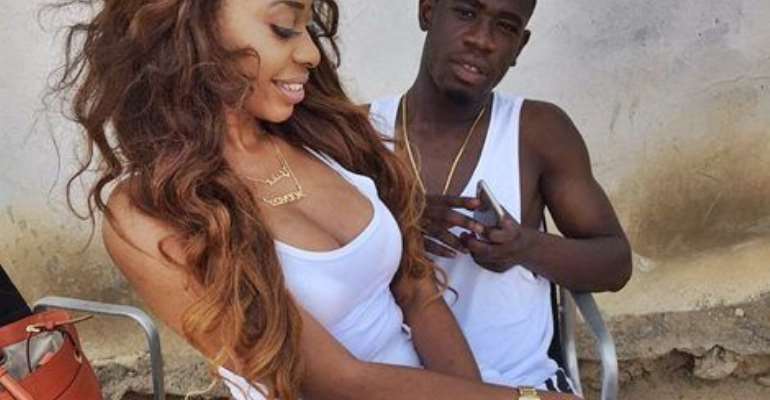 When footballer, Afriyie Acquah deleted photos of his wife, Amanda from his Instagram account recently, some media reported it as hints of a break up following the revealing audio tape that was leaked earlier in the week.

Yen.com.gh previously reported that sources had revealed that Amanda was the one who manages the footballer's social media account; therefore it would mean that she was the one who deleted her photos from Instagram. However 'Amanda and her friends' have explained to Ghanacelebrities.com that Afriyie Acquah deleted the photos from instagram because of the degrading comments and insults about his wife. See the Ghanacelebrities.com report below:

Our reliable source close to the couple has just told us that, there is no hovering divorce—and that, the footballer deleted the photos of Amanda Acquah because he did not like the fact that people kept posting inappropriate comments under those photos on his instagram page.

Afriyie Acquah deleted all the photos on his instagram page—including his too, and not that of Amanda alone which confirms what our source said; he just couldn't be bothered with the inappropriate comments.

Currently, Amanda Acquah and Afriyie Acquah are together in Italy, where the footballer is stationed—living in the same house as husband and wife.

A few weeks ago, Afriyie Acquah told GhanaCelebrities.Com that, he loves his wife and he is not ready to go near divorce—no matter what.