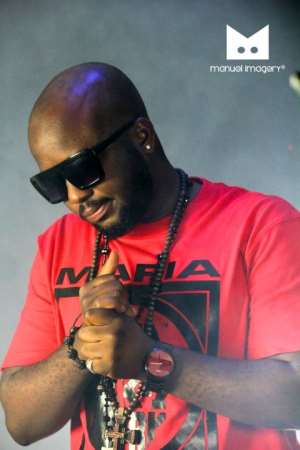 Ghana's definition of versatility as he's been rightly addressed, this past week notched 6 nominations in the upcoming Vodafone Ghana Music Awards.

Entering history books as one of the very few artistes who have made it back to back in successive years especially in modern times, Trigmatic has officially shown that rappers can also have a special place in the industry.

Joined by fellow compatriot Sarkodie who notched 12 nominations, the nominations come as no surprise to observers and enthusiasts of Ghanaian music. In the past few years the “Matic” man has shown his relentlessness towards his passion for music and his dedication to hard work, having won the enviable Rapper of the Year award at the 2011 Ghana Music Awards. Trigmatic earned nominations in the various categories;