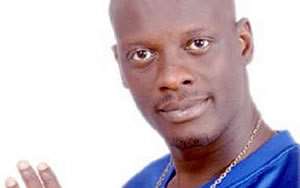 The street carnival took place on one of the principal streets of the town which stretches from the GCB building through to the premises of Solar FM to Dunkwa Soro. The entertainers pulled a crowd of about two thousand in the bash that was sponsored by liquor manufacturers Bebeto Industries, producers of Atinka Coffee Gin and under the theme 'Ghana's 53rd independence anniversary, using entertainment to aid development'.

Lord Kenya, the rap heavyweight champion who has been doing hiplife music for the past decade, treated the large crowd to tracks from all his seven albums.

Before Lord Kenya's performance, Waakye, Adwoa Smart and other comedians shook the stage with their comedy.

Dreadlocked reggae crooner Barosky also did his own thing as he performed tracks from his maiden album and his collaborations with the likes of KK Fosu, Kofi Nti and Ofori Amponsah.

Officer arrested for forcefully kissing the thighs of woman ...
25 minutes ago