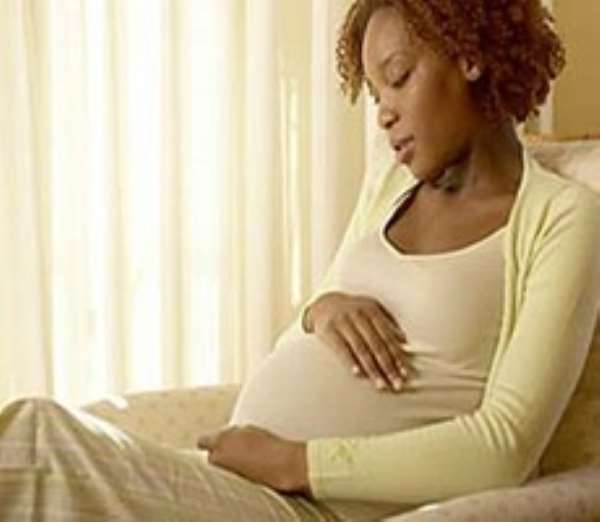 It's a heated question: should women take antidepressants during pregnancy? Some experts argue for it and some against, but a new study may ease the minds of women facing the decision.

Researchers say taking a common type of antidepressant does not increase the risk of having a stillborn child or losing an infant early in life. The study was published in this week's Journal of the American Medical Association (JAMA).

"It does strengthen the view that these meds are safer than we once thought," explains Dr. Jennifer Payne, director of the Women's Mood Disorders Center at Johns Hopkins School of Medicine in Baltimore.

Although there is much discussion about the risks of using antidepressants, experts emphasize that failing to treat depression can also lead to health problems for mom and baby.

The study
Researchers looked at the medical records of more than 1.5 million newborns and their mothers from Norway, Denmark, Sweden and other Nordic countries. About 29,000 of the mothers-to-be had filled a prescription for SSRIs, or selective serotonin reuptake inhibitors - the most common type of antidepressant prescribed for depression during pregnancy.

The results
At first it appeared that those taking these meds were more likely to deliver a stillborn or lose their baby before its first birthday, compared to women not taking SSRIs, according to the study. But when the researchers factored in the severity of a woman's depression, as well as her smoking habits and age, then the outcomes between the two groups were virtually the same.

Depression 101
Depression is common in pregnancy, affecting between 14% and 23% of pregnant women, according to the American Psychiatric Association. When left untreated or undertreated, women with depression often don't eat or sleep properly, tend to miss prenatal medical visits, and may turn to alcohol or take up smoking. As a result these moms may deliver their babies early, give birth to low-birth weight infants, or find their newborns have other health issues.

It's important for patients and doctors to get the condition under control, experts say. If the depression is mild or moderate, talk therapy or other types of counseling may help, but when severe, antidepressants may be prescribed as well.

Added perspective
A study released last October in JAMA raised red flags about the health risks from SSRIs for expectant moms, and discouraged their use.

Experts know there are risks tied to using these drugs, such as increased risk for miscarriage, early delivery, low infant birth weight and others. But this new study suggests that when it comes to infant mortality, experts need to explore more than just the effects of medication on the health of mom and baby - an unhealthy maternal lifestyle and the severity of the depression are key factors as well.

Tips for pregnant women
What should a woman do if she is planning a family or gets pregnant while taking an antidepressant?

- First and foremost, don't panic and talk to your doctor before you do anything. Women "should not stop their medication suddenly, period, because this can lead to a 70% chance of relapse," explains Payne. This is particularly true for those with recurrent depression, she adds.

- Pregnant women with severe depression who have attempted suicide are advised to stay on their medicine. But, again, check with your doctor.

- If you are not experiencing symptoms and want to discontinue the medication, talk to your psychiatrist or physician about whether or not tapering off would work for you. Psychotherapy might replace or augment your medications.

- And finally, "Any woman with a psychiatric illness or any woman, period, who is or wants to be pregnant should be doing everything else from a healthy perspective: they should exercise, they should take their prenatal vitamins, drink lots of water, get good sunshine, and try not to get stressed," explains Payne.