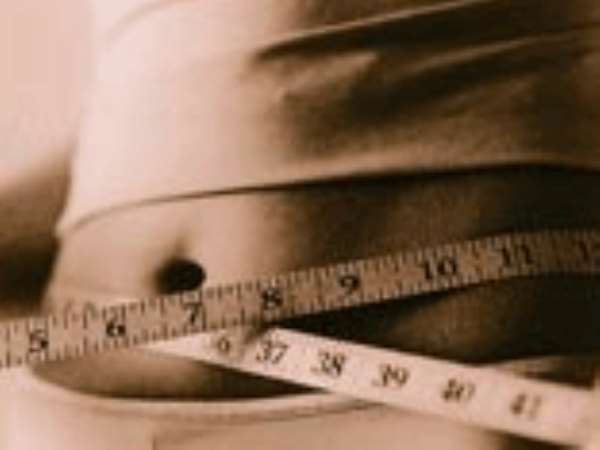 Women who are very underweight before they become pregnant are 72% more likely to miscarry in the first three months of pregnancy, a study suggests.

A London School of Hygiene and Tropical Medicine team looked at 600 women who had miscarried and 6,000 whose pregnancies continued past 12 weeks.

They found that eating fruit and vegetables, and also chocolate, daily helped reduce the risk of miscarriage.

Those classed as underweight had had a body mass index under 18.5.

An estimated one in five pregnancies in the UK will end in miscarriage, affecting around 250,000 women in the UK every year.

There are a number of well-established risk factors, such as increased maternal age, a previous history of miscarriage, and infertility.

But the causes of the majority of miscarriages are not fully understood.

Many supposed risk factors, such as alcohol consumption, smoking and caffeine intake, are deemed controversial or are unconfirmed.

The latest work is published in the British Journal of Obstetrics and Gynaecology.

It looked at the diet and lifestyles of adult women. All the miscarriages had taken place since 1995, while the successful pregnancies had occurred since 1980.

Year of conception and a history of miscarriage were taken into account by the researchers.

Underweight women were 72% more likely to miscarry in the first trimester, they found.

But the two-thirds of women who took vitamin supplements during early pregnancy reduced their risk by around 50%.

The effect was most pronounced among those taking folic acid or iron and multivitamins containing these.

Eating fresh fruit and vegetables daily or on most days was also found to halve the odds of miscarriage.

Eating chocolate every day, as half the women did, also appeared to lower the risk.

Those who described their pregnancy as "planned" had 40% reduced odds of miscarriage.

But out of this group, those who took more than a year to conceive were twice as likely to miscarry as those who had conceived within three months.

The study also confirmed the widely-held belief that morning sickness is an indicator that the pregnancy is progressing well.

Women who suffered from nausea and sickness in the first 12 weeks were almost 70% less likely to miscarry, and the more severe the sickness, the better the odds of the pregnancy continuing.

The researchers, led by Noreen Maconochie, a senior lecturer in epidemiology and medical statistics, said: "It is likely that advice to encourage a healthy diet and to try and reduce stress and promote emotional well-being might help women in early pregnancy, or those planning a pregnancy, reduce their risk of miscarriage."

Dr Donald Peebles, of the Royal College of Obstetrics and Gynaecologists said: "I would want to stress, as much as possible, the positive findings. This is not about castigating women."

The Miscarriage Association added: "We speak to thousands of women who are desperate to find out why they miscarried and what they can do to prevent it happening again.

"While we still don't have all the answers, these findings are going to help women who want to reduce their risk of losing a baby in pregnancy."

Chieftaincy conflict in Yong-Dakpemyili leaves man with two ...
35 minutes ago