The Risks Of Having Belly Fat 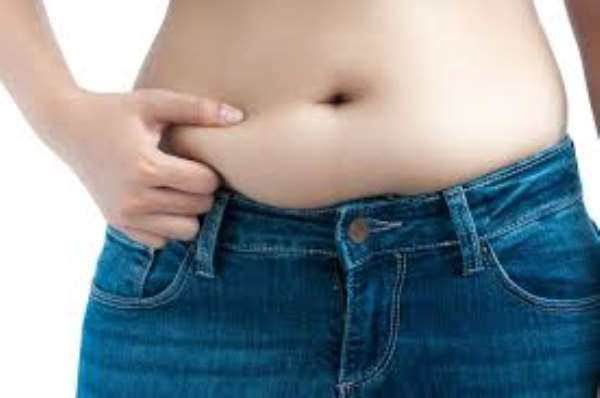 Fat can show up in all sorts of places. It can strain the seat of a pair of jeans, hang over a belt, or make a wedding ring nearly impossible to remove. In these thin-conscious times, many people worry about every extra ripple and bulge, no matter where it shows up. Doctors, however, see things differently. When it comes to your health, there's one place where fat is especially dangerous.

Fat around the midsection is a strong risk factor for heart disease, type 2 diabetes, and even some types of cancers, says Samuel Klein, MD, the director of the Center for Human Nutrition at Washington University School of Medicine in St. Louis, Missouri.

Despite many years of studies -- and an overabundance of potential study volunteers -- experts aren't exactly sure why people with large midsections are such frequent targets for disease. They do know that fat cells actually regulate metabolic functions, and many experts believe fat cells in the belly release especially large amounts of fatty acids, which can wreak havoc on a person's blood sugar and insulin metabolism.

Metabolism meltdown
One thing's certain: people with large bellies and deep (visceral) fat tend to lose sensitivity to insulin, a crucial hormone that helps the body burn energy. When insulin loses its power, the body responds by pumping out more of the hormone, which only throws the system further off balance.

As a result, people with extra belly fat are vulnerable to a whole cascade of problems known as insulin resistance syndrome or metabolic syndrome. The syndrome -- which is estimated to affect over 50 million Americans -- comes with a frightening array of potential complications. For one thing, people with insulin resistance often develop type 2 diabetes. They also tend to have high blood pressure and too much bad cholesterol, a recipe for heart disease, according to numerous studies.

Don't start worrying, though, if you only have "love handles" -- those are composed of fat near the surface of the skin. It's the visceral fat that wraps around organs deeper in the abdomen that appears to be metabolically active.

The tale of the tape
It's not hard to find out if you have a potentially unhealthy amount of belly fat. All you need is a tape measure. Exhale, relax, and wrap the measure around your stomach. The bottom of the tape should be exactly even with the top of your hip bone. Keep the tape straight and snug, but don't let it dig into your skin. If you're a man, a waist circumference of more than 40 inches means you are at a higher risk for heart and other diseases. Women with a waist circumference of over 35 inches are at increased risk.

According to a report in the British Medical Journal, the size of your waist may say more about your health than other common measures of obesity, including body mass index (BMI) or waist-to-hip ratio. For most people, however, the scale really does tell the story. "Almost everyone with a BMI over 30 [the standard definition of obesity] also has a large waist circumference," Klein says. The small number of people with healthy BMIs and large waists still seem to be targets for health problems, he says, a testament to the dangers of belly fat.

Apples and pears
In general, your body shape is a reflection of both your genes and your lifestyle. Different people put on fat in different places. Some people just naturally carry weight in their midsections (an apple shape) while others are more bottom-heavy (a pear shape).

Young women often gain weight on their legs and bottoms, while men are more likely to pack it on their bellies. This may be one reason why men in their 30s and 40s are much more likely than women of the same age to suffer from heart disease. Once women reach menopause, they tend to start spreading out in the middle. Perhaps not coincidentally, this is also the time when their risk of heart disease catches up with men's.

Whatever your age or gender, a life of TV and fast food can go right to your belly. A study by researchers at Duke University suggests that shunning exercise is an especially effective way to put on belly fat. The study, published in the Journal of Applied Physiology, found that just eight months of inactivity increased visceral fat -- the potentially dangerous layer of belly fat -- by about 9 percent. On the bright side, people who exercised vigorously for eight months actually reduced their visceral fat by about 8 percent.

A sedentary lifestyle may not be the only path to a large belly. There's growing evidence that continued stress -- such as dissatisfaction that comes from a high-pressure, low-paying job -- can encourage the buildup of fat around the midsection. When under stress, the body produces hormones such as cortisol that put your entire body on high alert. Among other things, the hormones seem to encourage the buildup of belly fat. In fact, some experts believe that a potbelly might be the body's defense mechanism against stress. Fat cells may actually break down cortisol, giving the rest of the body a slight respite from stress.

No quick fix
A bulge in the belly is a wake-up call. If you can trim down your midsection, you'll go a long way toward preventing the health problems associated with belly fat. A healthy lifestyle can ward off fat from top to bottom, and especially, the middle. When you lose weight, your body will make getting rid of belly fat a top priority. If you manage to lose just 5 to 10 percent of your overall body weight, you can reduce the hazardous layer of belly fat by as much as 30 percent. If stress is a factor in your buildup of fat, incorporating some relaxation techniques may be useful as well.

Unfortunately, if you're concerned about the amount of fat you have around the middle, you won't find peace of mind in a cosmetic surgeon's office. In a study published in the New England Journal of Medicine, Klein and colleagues dashed any hopes of a quick fix. The study found that women who had about 30 percent of their body fat suctioned off didn't move any closer to avoiding diabetes or heart disease. Specifically, the procedure didn't lower blood pressure or improve their response to insulin. "We removed billions of fat cells, but we didn't change the size of the fat cells that remained," he says. It's possible, he adds, that it's the size of fat cells -- not their sheer number -- that really has an impact on health.

If you're ready to banish your excess belly fat, schedule an appointment with your doctor. The two of you can come up with the best, healthiest strategy for weight loss. The most successful approaches typically combine a healthy, low-calorie diet that's also low in saturated fat and sugar with regular exercise. As the Duke University study showed, exercise alone can be enough to trim stomach fat.

A perfectly flat stomach may not be within your reach, but a healthier body certainly is