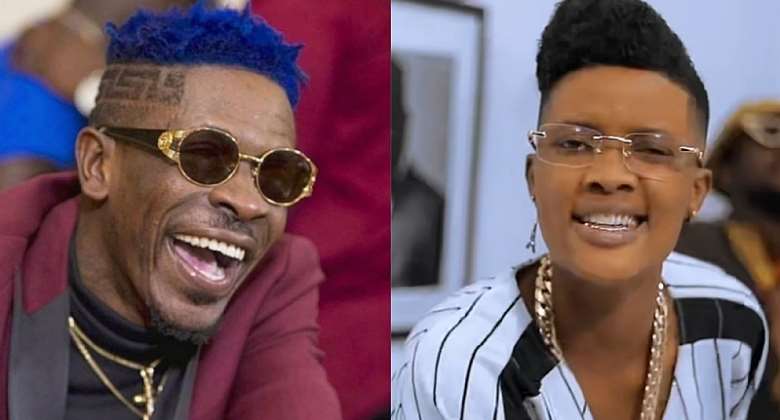 Ruby Delart was the first act to jump on the instrumentation of Shatta Wale's 'SHOULDER' hit single.

She dished out her hot and hilarious 'ODA' version in less than 24 hours after Shatta Wale dropped his original version.

She also doubled as the first female emcee to drop a 'SHOULDER' rendition as well. Hence, her version was tagged the official female version of Shatta Wale's 'SHOULDER' hit single.

When Ruby Delart's refix touched the online space, it immediately got the attention of music lovers, the media and even music critics. It was nothing but love and fun vibes.

Could it be the hilarious yet deep lyrics in the refix? Could it be the time interval between the release of Shatta Wale's version and that of Ruby Delart's version? Or could it be because she is a female emcee spewing some venom on the instrumental?

Whatever the reason, we think there was absolutely something Ruby Delart did right to get the fans talking.

Below is one of the most interesting fan reactions we found online from an international music lover and critique with the Youtube channel name 'Banks Reactions'. You will love this.

The U.K YouTuber obviously got blown away with the things this young femcee was rhyming about.