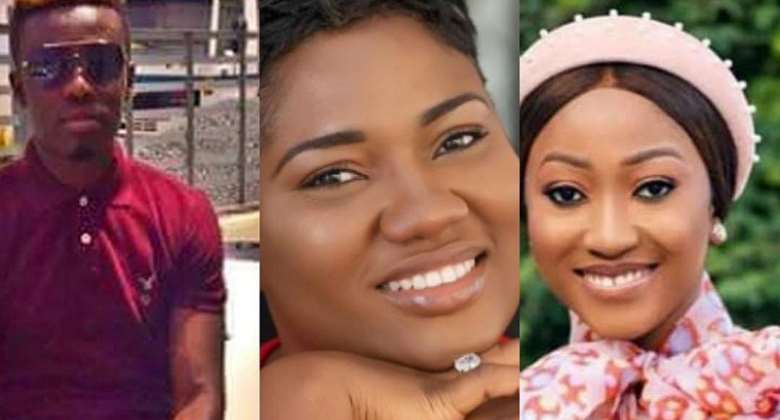 The mental health advocate is noted for making occasional releases of men she claims have had sexual interactions with her.

She has over a period gained notoriety with the act and her accused sexual partners range from popular politicians, footballers, media personalities, and musicians.

Shortly after a release that was met with several backlashes from the general public, Abena Korkor has once again made another controversial post which has got many heads rolling.

In the post, she questioned why married men always approach her and wondered if she was been used as a tool to divorce their wives.

She mentioned one Gideon Nartey who paid her about Ghc20,000 for a relationship but later claimed that his pastor has prophesied against the relationship.

“Gideon Nartey, a friend of Ferguson was the married man A-Plus mentioned intook Marriot. He paid me about 20,000 cedis to date me. His pastor said it won’t be a fruitful relationship so he ghosted me. 3y3 normal kraa,” she stated in the post.

In the post, Abena Korkor poked one Alex, who she indicated is the owner of Peduase.

She asked the said man, Alex for a car as she is tired of constantly using Commercial buses popularly known as Trotro.

Abena Korkor sparked her already existing banter with media personalities like Serwaa Amihere and Nana Aba Anamoah when she questioned their sources of income.

She pleaded to be sponsored with a new car as her salary at her former media house, TV3 couldn’t buy her a Benz.