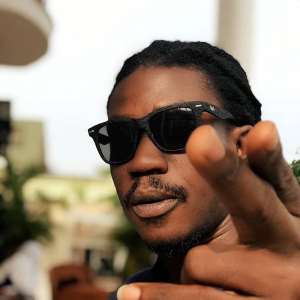 Featured on the 3rd episode of season one of the GhG Live show by award winning producer Snow Beatz, Aligata brought his A-Game, dropped some sick bars and then took the show up a notch with an addictive dancehall freestyle dubbed "VAGINA".

In the freestyle, Aligata glorified the female sex organ in all shapes, forms, sizes and even 'aroma' LOL.

The catch of the freestyle is how he dropped the choruses in patois and then spiced the verses with GA and patois.

Aligata is a classic example of a "Nonsense But Dope" lyricist.

He will give you madness with a touch of beauty coupled with flawless delivery. He is either dropping anthems, lyrical jams or something way out of the box.

You will love this. Don't forget to share it all over.

A new vibe is here. Watch it on YouTube here