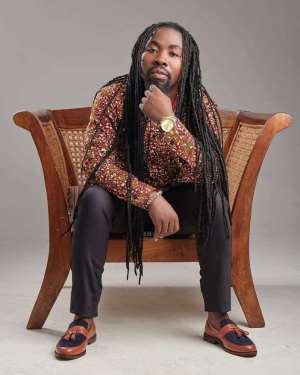 Veteran Ghanaian rapper, Michael Kwabena Okyere Darko who recently changed his name from “Obrafour” to “Rap Sofo” has opened up on how his life became after he lost his mother, a challenging stage for him as he described it.

In an interview with Frankie 05 on Hitz FM’s This Is Gospel show on Sunday, the legendary rapper said he dropped out of school after he lost his mother. “I couldn’t go back to school again”.

Narrating what happened to Frankie 05, the Ghetto love hitmaker said his mum visited him in school on a Thursday, only to be told that she has fallen ill the next day.

He then sought permission to take her to 37 military hospital in Accra to prevent the unforeseen from happening. He added that his mother was fine on Saturday so he left her only to be told that she has died the following day. According to Rap Sofo, the issue broke him and made him feel really bad and bitter about life.

He added that it made him doubt God and questioned why God did that to him, considering his devotion to Him. “God knew my mum was everything I had. She was my financial backbone, my everything.”

In response to how he overcame that emotional breakdown, he said he went astray for a while, but came back to read his bible and realized that God did everything for a reason. He said he understood that God took his mum away from him because it had to happen and that made him face life.

Rap Sofo also disclosed that before the demise of his mum, he established an Adventist church when he was in school and had the support of the school authorities to operate. He went from dormitory to dormitory preaching the gospel.