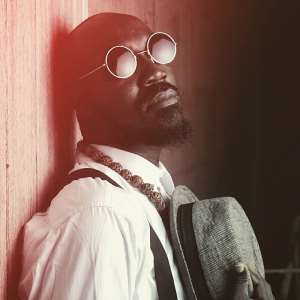 Kwame Truuth brings good news to his fans as he announces the release of his debut EP “The ReInvention”.

The forthcoming record is a follow-up to his many singles under his belt through 2017 to 2018 and is set to be released early February, 2019.

Kwame Truuth recorded most of The ReInvention in The Factory studio in Kumasi with one of Ghana’s fast-rising producer, Apya Gh. Truuth also works with the producers iPappi and Senyo Cue. Truuth also has plans of going on radio tour after the release of the song to connect and also bring the music to his fans. The dates and stations will be announced later.

“The ReInvention “is composed of 7 tracks that Truuth put together and it spans over a number of genres so as to bring variety to the whole project.

Given that he is a hip-hop fanatic he pointed out that he wanted to mix a bit of classic hip-hop beats, RnB and somehow pop beats, all just to help him get his messages across as he intended to.

Given that he is a hip-hop fanatic he pointed out that he wanted to mix a bit of classic hip-hop beats, RnB and somehow pop beats, all just to help him get his messages across as he intended to.

“Truly, we didn’t expect the whole project to turn out so well, especially having in mind that we have been working on it for 2 years. The new songs are inspired by some great life-changing events in my life, as well as experiences from interacting with people from all walks of life and my faith”.

“The ReInvention is a smooth and catchy collection of reminders that love, harmony, diversity, faith and unity can co-exist in our modern world,” he added.

The record includes “The Vow”, which speaks of the promises a marriage union, to share a love and life through thick and thin and pretty much in every other relationship, and “Super Love”, a celebration of God’s love and awesomeness through the years.

The Hip-hop artiste has high hopes for the success of this record. He stated that The EP is so relaxing that listeners will find it perfect for inspiration and meditation and while each song varies in tone, they all are originals and circle back to one universal theme.