By Ghana I Luv FM I Kwasi Debrah 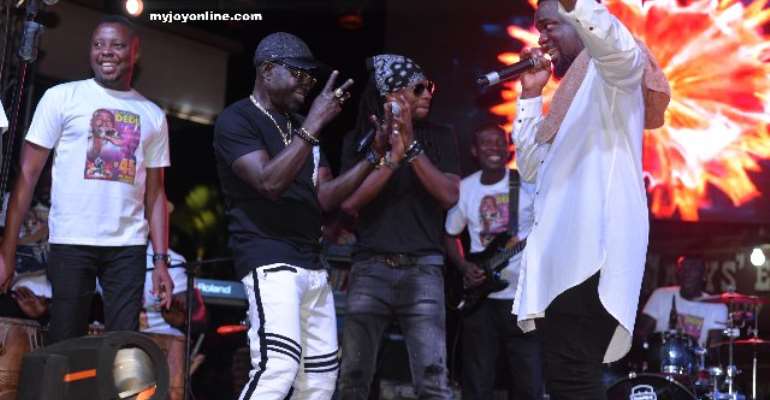 Music lovers and entertainment analysts are finding it difficult to find the appropriate adjectives to describe it the Amakye Dede @45 concert.

‘Epic’, ‘splendid’, ‘super’, ‘fantastic’, ‘amazing’ are but a few of the words that filled the air after the concert at the Miklin Hotel in Kumasi on Saturday.

Casual estimates put attendance at over 2000 people. Even as early 1 a.m. on Sunday, just before hi-life legend Abrantie Amakye Dede mounted the stage, patrons were still struggling at the gate to secure tickets for an event which started at 8 p.m.

Music lovers were ushered into the Miklin Hotel venue with good live band tunes by the Big Osei Band.

At this point, the night was already a memorable night for patrons who trooped to the venue early. 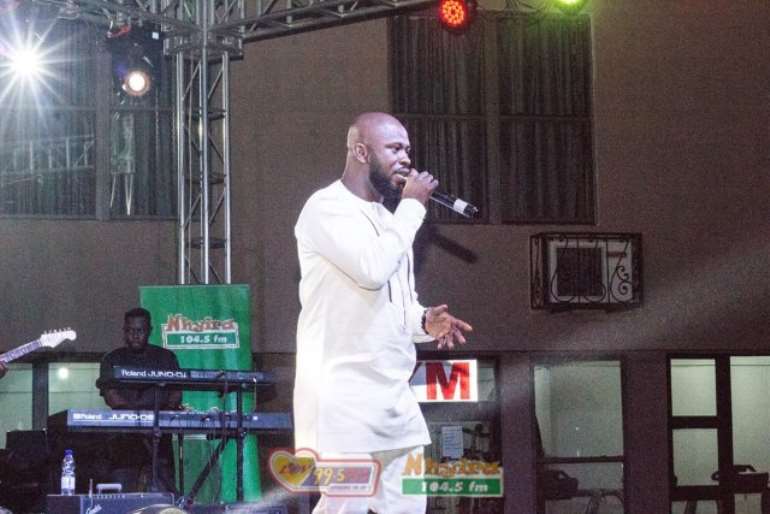 Adom FM ‘s Nana Osei Ampofo Adjei then followed with a performance of some of his songs mixed with that of his legendary father, the late Akwasi Ampofo Adjei of (A.A.A. or Dada Thick) fame, the man who mentored Amakye Dede. 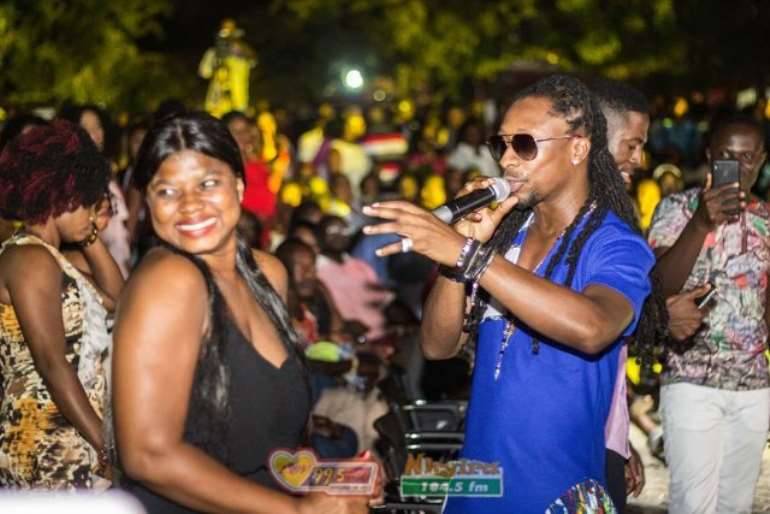 The ‘Mehia Odo’ hit-maker, Kwaisey Pee, will not disappoint singing hit after hit songs whilst he engaged especially 'daughters of Eve' at the concert. 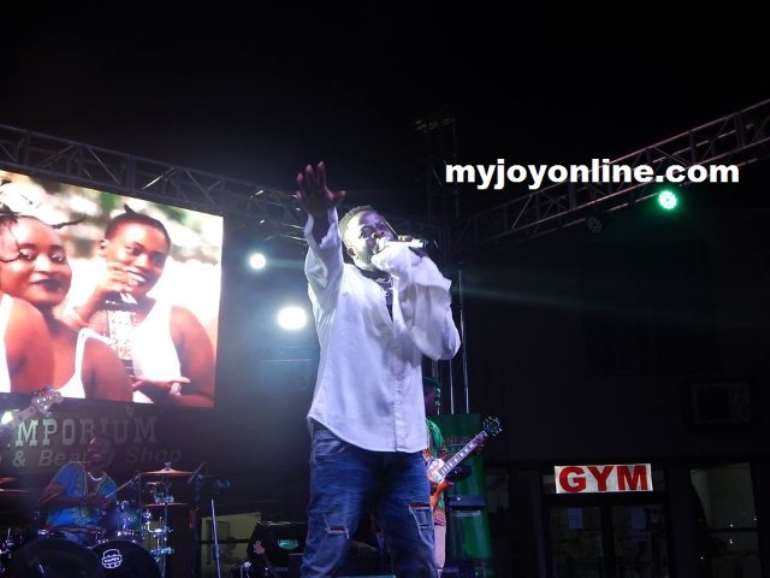 Ofori Amponsah’s effortless delivery of hit songs like 'Emmanuella, Cinderella, Otolege, among others to the admiration of the audience who insisted he sings the popular “Alewa”. He couldn't fail the request but at the end succumbed to pressure and delivered as they danced their hearts out. 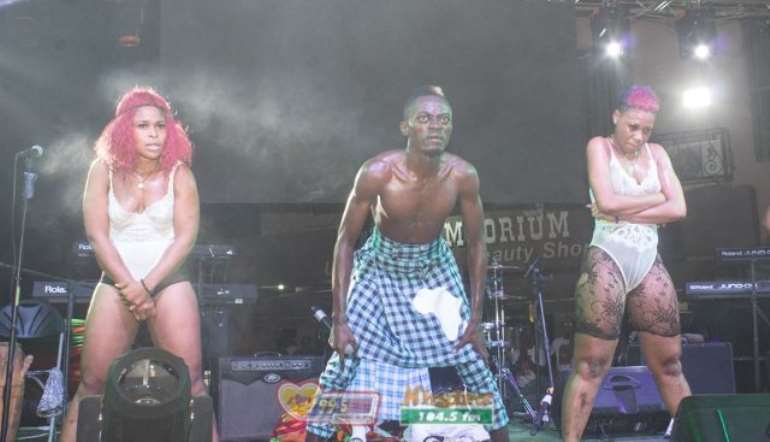 Actor and musician, Lil Win, spotting his Scottish kilt skirt over a pair of trousers shook the night with three dancers whose Mapuka-like moves kept patrons on their feet as if it was the last performance on the night. 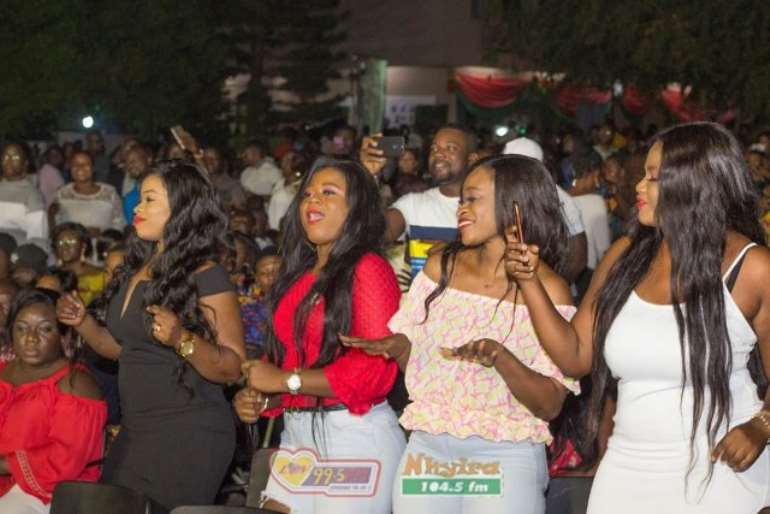 Not only were patrons amazed at his energy, but the dexterity of his partner on stage to produce a splendid combination of singing and dancing to the admiration of all.

Rapper, Sarkodie took over to do his usual scintillating rap, taking te audience along with him. Starting the night's performance with some old tunes, climaxing the night with his newest song, “Can’t Let You Go” 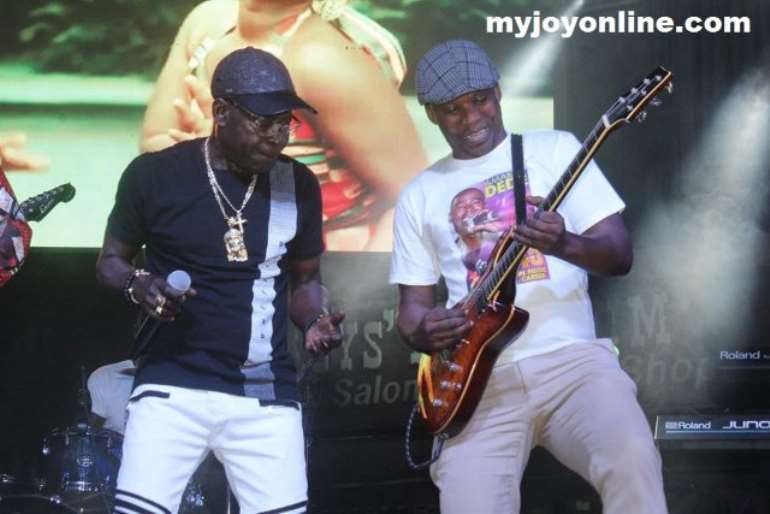 And then came the man of the moment, Abrantie Amakye Dede and his Apollo Hi-kings Band who for decades, have held hi-life lovers across the globe spell-bound to take the stage. 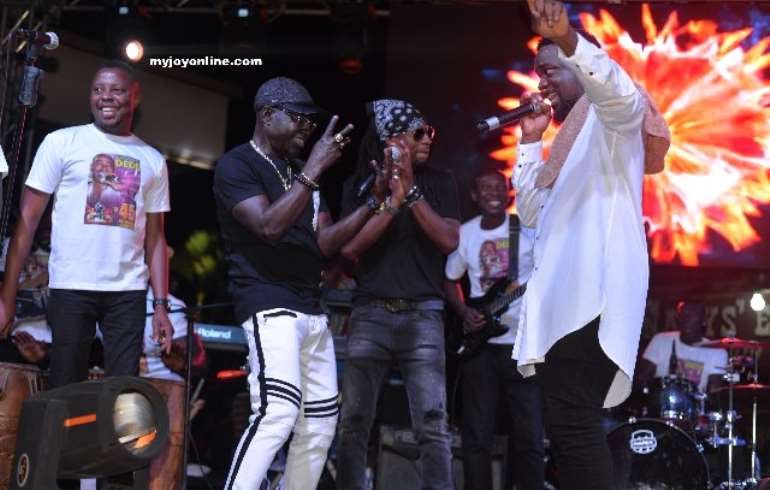 For many, it was time to show their appreciation and love for the ‘Serious ma’ as they sang along while others were left tapping their feet when Sarkodie joined the band to do a remix of the popular "Akwadaa Wesoa" track. 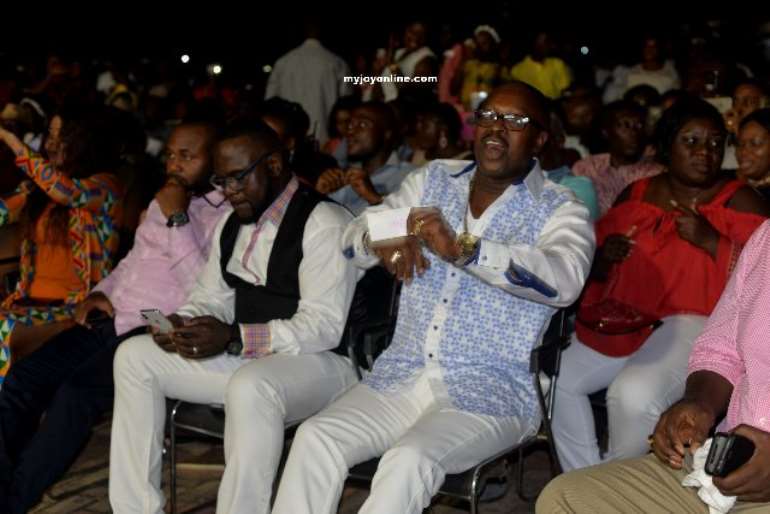 It was indeed an unforgettable night for residents of Kumasi and all those who travelled from far to the Garden City to take part in the concert. 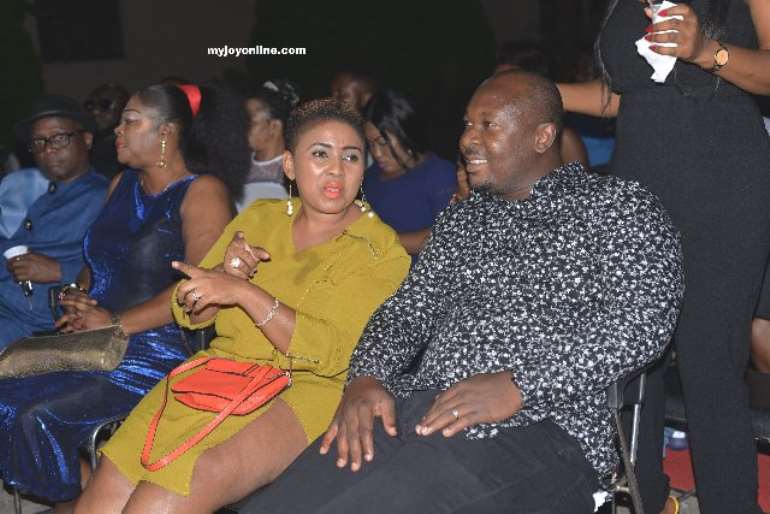 The event was organised by Luv 99.5 FM and Nhyira 104.5 FM in collaboration with Salt Media GH and May Day Entertainment.