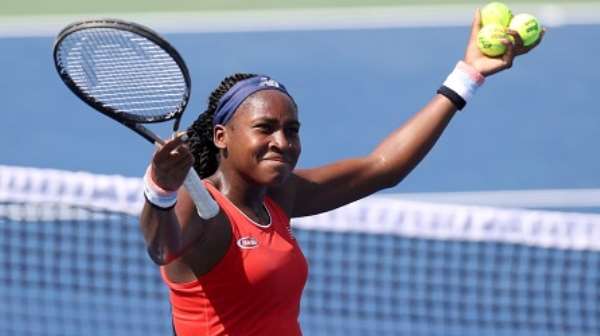 American 15-year-old Coco Gauff proved last year's victory over Venus Williams was no fluke when she beat the seven-time Grand Slam champion once again to reach the Australian Open second round.

Gauff announced her arrival last July with victory over her "idol" Williams, 39, in the Wimbledon first round.

Gauff's celebrations were slightly delayed because she did not realise the final point had been given her way.

"That was really difficult. She played really well and I was really nervous for today's match - I was a bit shocked when I saw the draw, but glad I was able to get through it," said Gauff, who was making her Australian Open debut.

Gauff wins battle of oldest v youngest again
Gauff, who came through qualifying at Wimbledon and was then awarded a wildcard to the main draw at the US Open in September, was making her first appearance in the main draw of a Grand Slam as a direct qualifier.

Her Wimbledon exploits meant the crowd on Margaret Court Arena were already familiar with her name and they shouted it often during the match against the former world number one.

"I just want to say thank you guys so much, you were chanting my name and I only thought that would happen at the US Open, so it means a lot," she said.

Gauff had looked to be in control of the first set, breaking in the first game and establishing three set points at 5-3 and 5-4 before being forced into a tie-break, which she won when Williams hit an overhead into the net.

Gauff did not realise the point had been given her way and was protesting about it before realising it was time to shake hands at the net and celebrate another win over Williams, who had claimed four of her seven Grand Slam singles titles before her opponent was even born.

After losing in the fourth round of Wimbledon to eventual champion Simona Halep, Gauff was beaten in the third round by defending champion Naomi Osaka at the US Open, before winning her first WTA title - in Linz, Austria - in October.

She has also climbed the rankings to 67th in the world, having started 2019 as the number 686.