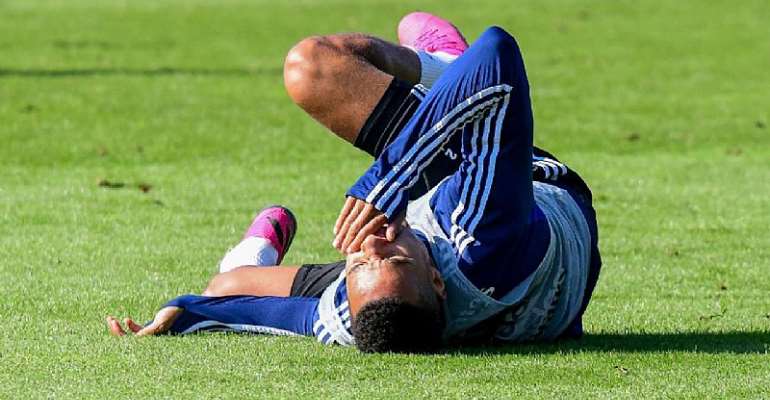 Jan Gyamerah is 24 years old and born in Berlin.

Jan Gyamerah, a professional soccer player from Hamburg, was injured during HSV training on Wednesday. Apparently so heavy that an ambulance had to pick him up.

HSV defender Jan Gyamerah injured himself during the training of the second league team on Monday. First the German Newspaper "Bild" reported about it. A reporter of the newspaper took pictures of an ambulance standing on the training ground of the club.

What had happened?
According to the report, coach Dieter Hecking organized a mini tournament this morning. That means, the coach had four teams of HSV professionals compete against each other. Then it happened that in a duel with Josha Vagnoman, the professional Jan Gyamerah is said to have then injured himself. The training however, was a harmless duel.

Gyamerah rolled on the floor
He felt to the ground, rolling back and forth in pain. Coach Hecking then stopped training. Only five minutes later, two ambulances were supposed to have driven onto the grounds at the Volksparkstadion. One of them drove directly onto the field.

Paramedics taking care of Gyamerah on the HSV training ground

He was briefly treated in the square, then taken to hospital by the emergency services. The lower part of his left leg is said to have been examined there. A diagnosis has yet to be made.

Career
Jan Gyamerah was born in 1995 as the son of a Ghanaian and a German in Berlin. In 1999 the family moved to Stadthagen in Lower Saxony.

Gyamerah first played for FC Stadthagen before moving to VfL Bochum via Arminia Bielefeld in January 2011. Here he went through the youth teams and made his debut in the 2nd league on 20 December 2013 (19th match day), when he was brought into the game by coach Peter Neururer for Danny Latza in the 66th minute.

For the 2019/20 season Gyamerah switched to the league competitor Hamburger SV, where he signed a contract until 30 June 2022.