Producer Teco Benson Hits At Actor Mike Ezuruonye For Absconding From Set –‘You Are Unprofessional”…Teco. “No, I Was Ill”…Mike 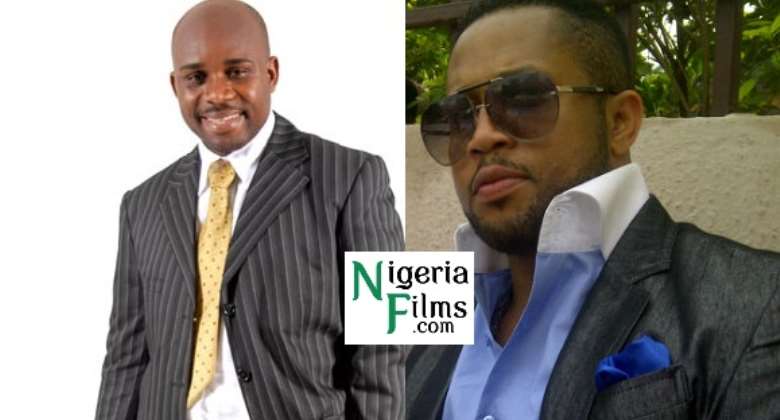 The truth we must embrace is, even the greatest friendship in the world will run into some bumpy spots. Everyone fights with his or her friends every once in a while, whether it's a small misunderstanding or an atomic blow-up. Because our close friends mean so much to us, fighting with them can make us feel hurt, angry, frustrated, and deeply sad. So, accepting that fights are normal is highly recommended. However, knowing how to ending fights when it matters is essential.

But Mike defended his leaving the set, saying that he took ill and had to look after his health. However, Teco is saying that Mike has refused to return to set despite Irked by Mike's action, the Red Hot director, Teco reportedly attacked his Mike calling him 'unprofessional'.

In the words of Teco Benson, “Right now, we have some hiccups in the production (Centrifugal Force), because of the unprofessional conduct by one of the guys playing a lead role. So, we are just waiting to tidy up so that we can release it…”

Meanwhile the Abia born actor, Mike, has replied Teco, denying that he deliberately absconded from the set. He says “That's a big, fat lie. Nothing like that happened. I was ill and had blisters on my mouth. When they are ready to shoot, they will shoot. But the truth is just that they've not been able to get everybody to shoot. I don't have any problem with them. In fact, my manager has been talking to Teco. So, no problem.”