Coronavirus Pandemic: Ripping Off The Poor And Desperate, My Experience 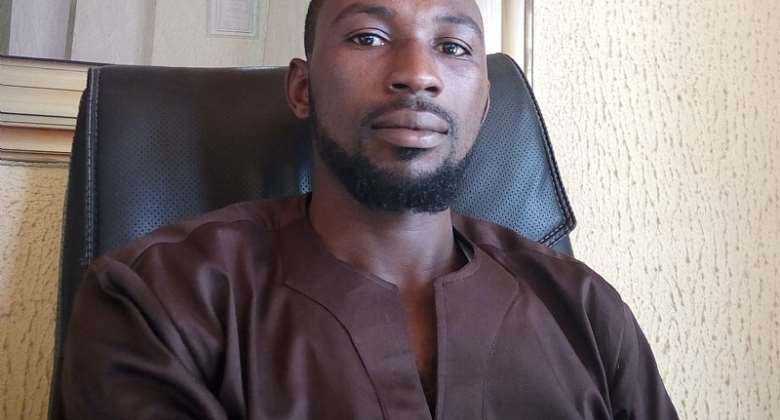 It all started as an outbreak in Wuhan at the Hubei Province of Central China. The novel coronavirus 2019, officially christened, COVID-19; according to the World Health Organisation, is an infectious disease caused by severe acute respiratory syndrome coronavirus 2 (SARS-CoV-2).

The source of the virus, which is largely believed to have jumped to humans from a wild animal, probably a bat, is traced to the Huanan Seafood Wholesale Market, Wuhan.

With Wuhan, the epicenter of the outbreak, located some 11,904 km away from Ghana; Ghanaians generally did not pay any attention to it. Indeed, it was viewed as China’s problem. President Trump even labeled it “Chinese virus”. Actually, the entire world, only took interest in the disease when it observed how rapidly the disease was spreading. According to the South China Morning Post, confidential Chinese government documents it sighted suggested that the first case of COVID-19 was recorded on the 17th of November, 2019.

Curiously, the WHO captured December 8 as the date of the first confirmed case; a date which was supplied to it by the Chinese Government. Notwithstanding, at the initial stages, the World left china to fend for itself, with many people stigmatizing against anybody who looked like a Chinese. Ironically, whilst the world stigmatized people of Chinese origin; in China, people from Wuhan were treated with scorn.

However, by mid-January, 2020 the disease had spread to other provinces and by January 20, infected people dotted all corners of China. The first case outside China was recorded in Thailand on January 13. Several countries in the following days reported cases of the virus within their domain. Whilst the disease spread, the death of some of those infected followed in its path. The world is now alarmed, governments all over the globe started making frantic efforts to contain the rapid spread of the virus.

By January 30, a total of 7,818 cases and 170 deaths, were recorded not only in Asia but Europe, the Americas and Australia. The WHO Chief, Tedros Adhanom Ghebreyesus, consequently, declared COVID-19 a “public health emergency of international concern”. This makes it only the sixth time such an emergency has been declared.

At the same time, an unscientific and crude claim started making the rounds to the effect that the African, specifically the Blackman’s gene was in a way immune to the coronavirus. This claim which was widely shared on social media and some mainstream radio stations only yielded inertia on the part of Africans with regards to making adequate emergency preparation towards containing the virus in an event of an outbreak in Africa.

As fate will have it, on the 14th February, 2020, Africa recorded its first case in Egypt. The continent was caught unprepared. The people were gripped with fear and panic. From then on, 30 more African countries recorded cases of the COVID-19, albeit, most of the cases were initially imported. With COVID-19 now reported in almost all continents, the WHO on the 11th March, 2020 officially declared it a pandemic. By then, the total number of cases globally had shot up to 118,000, causing 4,291 deaths. Two days later, with more cases and deaths reported in Europe than the entire world (with the exception of China), the WHO declared Europe as the new epicentre of the pandemic, taken over from Wuhan. As more and more cases were reported, the rate of global deaths correspondingly soared, reaching 5,000. A figure, Dr. Tedros, the Chief of WHO described as a “tragic milestone”.

Currently (March 18, 12:30GMT), according to Johns Hopkins University’s Coronavirus Resource Centre, 155 countries have been hit by the virus with a total of 201,672 confirmed cases, bringing about 8,008 deaths. 476 of those confirmed cases were recorded in Africa, resulting in 10 confirmed deaths. Thus far, the official numbers appeared to suggest that Africa, especially, sub-Saharan Africa had been lucky. One thing, however, is for sure; the Blackman is not immune to the virus. Indeed, some scientists are certain COVID-19 is circulating silently in Africa.

Ghana reported its first cases of the COVID-19 on the 12th March, 2020. Although the two cases were said to have been imported, the announcement by Hon. Kwaku Agyemang-Manu, the Minister of Health reverberated across the country. Misinformation about the COVID-19, coupled with the constant reference by the media of how “Ghana’s poor health system” could quickly be overwhelmed, caused unreasonable fear among the population. This situation sparked panic buying across the country.

Straightaway, almost all shops run out of hand sanitisers. Instead of assisting to alleviate the situation as humanity demands, some crooks took advantage of this existential problem to hoard the hand sanitisers. Others increased prices of the product several folds, making astronomical profits at the expense of the poor, desperate Ghanaian. They made nonsense of the WHO chief’s plea for us to “all look out for each other, because we need each other.”

On the evening of March 17, I entered one of the most popular Pharmacy shops in Eastern Region, the Hillside Pharmacy (Popularly known as the Isaac Drugstore) to purchase Gripe Water; in came a disheveled, perspiring and hasty-looking man; without regard to the people waiting patiently for their purchases, he rushed forward to the counter and asked: “Do you sell Savlon Antiseptic in wholesale?” The Pharmacist responded in the negative. The man stood briefly and walked out. Seeing the products he greedily hanker after, provocatively displayed in the shelves, the mystery man couldn’t resist. Like someone suffering from acute diarrhea attack, he dashed right back into the shop, again, sidestepping other shoppers and heading straight to the counter.

This time he offered to buy the entire quantity of Savlon Antiseptic in the shop. The Pharmacist, to my shock, simply told him, he is entitled to buy just one. Apparently, the Pharmacist realized that the mystery man is one of the avaricious Ghanaians who go about buying products meant for the prevention of the coronavirus at normal prices, only to resell to desperate Ghanaians at prohibitive prices.

The Pharmacist, obviously, the odd one among those ripping Ghanaians off, was enraged at the behaviour of the bad nuts. He, again, expressed his disquiet when he received information from one of the shoppers that someone he sold some quantity of hand sanitizers to the previous day for GHC2.00 is reselling it at an outrageous price of GHC18.00. More despicable, is the fact that hand sanitizers that were sold previously at about GH¢3.50 are now sold at GH¢75 or even GH¢80 in shops in Accra and Kumasi. Some go as high as GHC150.00. The likes of these insensitive people are dotted across the country, praying for disaster to strike in order to cash in. They must not forget that Karma leaves no stone unturned.

It is now clear why some unreligious and unpatriotic people were wishing the country recorded cases of the coronavirus. Now they’ve got their wish. But they must remember that the virus has no eyes, hence does not discriminate.

The President, had, on Sunday, March 15, 2020 issued a raft of measures to curb the virus’ spread, including school closures (a welcome news for teachers, except for those teaching candidates), travel restrictions, and bans on religious and other social gatherings. This was after the President had announced a financial package of $100 million dollars to assist in the fight against COVID-19. Thankfully, the nation responded, Pastors and Church Leaders suspended religious services, the Chiefs followed; and just yesterday (March 17), Sheikh Osman Nuhu Sharubutu, the National Chief Imam in consultation with other Muslim Stakeholders announced that: “Jummuah [Friday] prayers in Ghana have been suspended beginning 20th March, 2020 for the next four weeks.”

Refreshingly, the nation is now coming to grips with the devastative effects of the virus. Everyone is making efforts to protect himself against the virus. With a total of seven (7) cases as at the 18th of March, 2020, we can safely say, the Lord has so far been merciful to us. Let us continue to pray while adhering to the precautionary measures.

Disease and disaster, our elders say, come and go like rain.