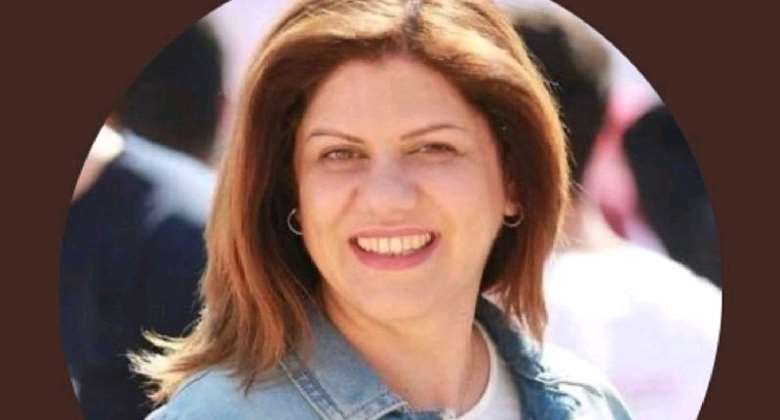 A Report by international media organisations indicates that Shireen Abu Akleh was covering Israeli raids on the city of Jenin in the occupied West Bank.

Videos of the incident show that Shireen was shot in the head.

Another Journalist, Ali Samoudi was shot in the back and is in critical condition at the hospital.

The killing of Shireen brings to total nearly 50 Journalists killed by the Israeli forces in recent past, as documented by the Committee to Protect Journalists (CPJ) and the Anadolu Agency.

Sadly, it appears Israel has been given carte blanche to continue its atrocities against Palestinians and anyone in its path.

Another Report published on the 27th of July 2021 by Human Rights Watch (HRW), stated that Israel’s partners, particularly the United States, supplied significant amount of weapons used in the attacks that caused the casualties detailed in the United Nations Reports.

On its part, Amnesty International in its 2021 Report on Israel stressed that “disproportionate and reckless strikes by Israeli forces killed 242 Palestinians in Gaza alone. Unlawful attacks by Israel included targeted strikes on medical facilities and personnel.”

It continued that “Israel maintained its illegal blockade on the Gaza Strip, inflicting collective punishment on residents and exacerbating the humanitarian crisis there, and Palestinians’ freedom of movement was arbitrarily restricted in the West Bank. Israeli authorities subjected Palestinians to forced evictions, arbitrary detention, torture and other ill-treatment, all committed with almost total impunity. Israel’s discriminatory system of governing Palestinians in Israel and the Occupied Palestinian Territories (OPT) constituted apartheid, a crime under international law.”

Notwithstanding this and hundreds of resolutions by the UN Security Council against the crimes committed by Israel against innocent Palestinians and their supporters, the Zionist-apartheid regime has intensified its brutish actions, as seen by the killing of innocent Shireen Abu Akleh.

Not bothered, Europe and the United States continue to actively support the inhumane actions of Israel, which included but not limited to arbitrary and extra-judicial killings, torture, the denial of fundamental human rights, collective punishment, home demolitions, and an abusive military court system.

Sadly, the International Community has failed to hold Israel to account for its hideous human rights record, grinding state-sponsored terrorism and flouting of international laws.

The blood of Shireen Abu Akleh and all souls lost through the ruthless actions of the Zionist-apartheid regime of Israel is on the hands of Europe and the United States.