Nancy Pelosi's Visit to Taiwan is Needless Provocation Of China 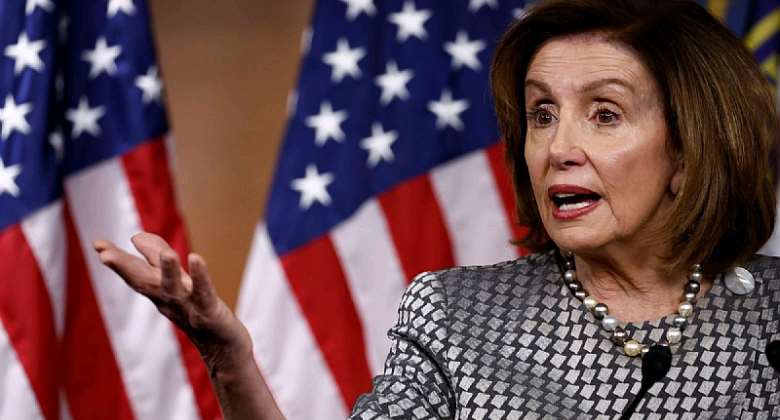 Nancy Pelosi's visit to Taiwan, a self-ruled Island, China claimed as its own, is a very unfortunate and unnecessary provocation by the US government.

Escorted by the US and Taiwanese Fighter Jets, Tanks and Warships, Pelosi defied warnings from China and landed in Taipei, escalating further the tension between China on one hand and the United States and Taiwan on the other.

Let's not forget that:

Iraq is in tatters,

Syria is still in flames,

Libya has been turned upside down,

Yemen is now a sagging ruin, and

Afghanistan has become an example of how not to invade a sovereign country.

Ukraine is currently under constant bombardment from Russia. Millions have fled their homes, those who manage to stay at home are in peril while thousands have been killed. Over a Trillion Dollars worth of damages caused, just within seven months.

This has led to a large scale economic crisis in the world. Fuel and gas shortages have hit Europe. Acute food shortage and skyrocketing fuel prices has hit the entire world, with the poor in Africa as usual bearing the economic brunt.

The US government, whose hands are all over these avoidable destructions, instability and economic crisis wants to add Taiwan to the list.

What is democracy without peace and stability?

Such totally needless adventure by Nancy Pelosi must be condemned by all right thinking world leaders.

It's very shameful for the US government to stoke fires in peaceful countries only to hypocritically turn around to pretend to be fighting same.

Nancy Pelosi is in Taiwan using the same formula the US government used in Ukraine. She has given their leaders false hopes of supporting them against China, only to abandon them when their support is needed the most.

Sadly, as a direct result of Pelosi's provocative visit, China has fired its largest missile tests in over ten years in Taiwan's waters.

Just this afternoon, according to a statement released by Taiwan's Ministry of Defense, China's military fired 11 Donfeng ballistic missiles north, east and south of Taiwan.

These intensified military drills by China has disrupted global supply chains as Shippers rerouted vessels from the Taiwan Strait.

This will further worsen the global economic crisis, with the ultimate victims being developing countries like Ghana.

We all should be very worried about the activities of the United States government in this matter.

A Chinese defence ministry spokesperson said yesterday that: "The U.S.-Taiwan collusion and provocation will only push Taiwan towards the abyss of disaster, bringing catastrophe to Taiwan compatriots".

I cry for Taiwan