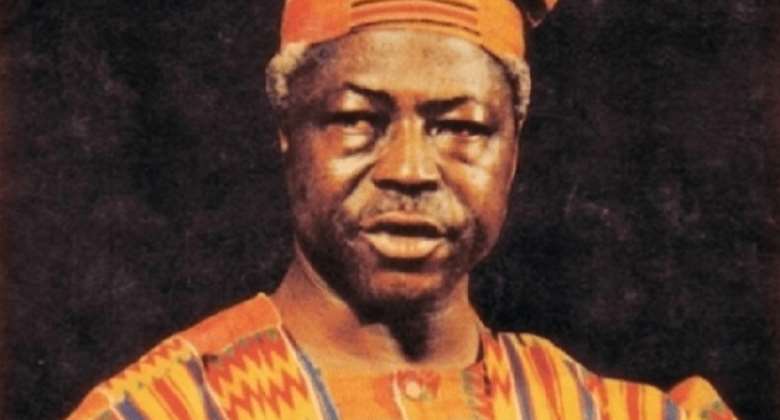 Rawlings might regret by now for doing many wrong things during his rule. Firstly, executing the fathers of children he accused them of corruption, while corruption at the moment is at its highest peak in Ghana, with impunity and secondly, the overthrow of Hilla Limann, the former Ghanaian leader blamed for the harsh impact of the economy which Rawlings was partly responsible.

Hilla Limann, who had started his career in diplomacy, had never stopped participating in politics. Born December 12, 1934. In 1950, he joined the People's Convention Party (CPP) of Kwame Nkrumah, the first president of independent Ghana, overthrown in 1966.

In 1969, he was part of the commission responsible for developing the country's civil constitution, before continuing his diplomatic career in Lomé and Geneva.

He had studied in England, notably at the London School of Economics and considered himself the heir to Kwame Nkrumah, father of Ghanaian independence and champion of Pan-Africanism.

Hilla Limann had been elected President of the Republic of Ghana in 1979, a few months after the overthrow of General Frederick Akuffo, by lieutenant Jerry Rawlings. General Akuffo and other senior officers were executed but the elections had taken place as planned and Jerry Rawlings returned power to Hilla Limann.

Before the handover, Ghana’s economy was in its worst form in decades. Everything was not only expensive but also hard to get. Common toilet roll, sugar, milk, etc, are out of reach for the suffering Ghanaians because commodities were hoarded for extra profit. Rawlings unleashes ruthless methods to bring out commodities for the general public.

So, when Limann became the president, Ghana was virtually empty. Cohesion within the PNP was nevertheless weak, partly because it was composed of a deputation whose ideological orientations were sometimes conflicting. These divisions aroused disagreement over national policies.

In addition, the country's economic problems, which cause concern, encourage the AFRC to keep a watchful eye on the government.

The Limann administration fails to put the economy back on track. The impact was so severe that thousands of Ghanaians left the country in search of greener pastures, with the highest population in Nigeria. Inflation is rampant and the first budget tabled forecasts a large deficit.

The tension becomes untenable, both for the population and for the military. December 31, 1981, that he considers responsible for this period of regression. The Provisional National Defense Council suspends the Constitution and eliminates political parties.

Rawlings says he wants to restore the human dignity of Ghanaians, in particular by fighting corruption. He, therefore, overthrows Hilla Limann, two years later, after a second coup and forced the man to live under house arrest for two years.

The former Ghanaian leader, in power from September 1979 to December 1981, died on January 23, 1998, after been hospitalized a few weeks for a heart condition in an establishment in the country.

Taking the political life of Limann as a head of state and the shortest period of his reign into consideration, it is likely that Hilla Limann could be the only Ghanaian leader who wasn’t involved in corruption. He didn’t amass any wealth and didn’t deposit any money at a foreign bank.

Bad things sometimes happen to good people, I strongly believe that Hilla Limann was one of them. The way our leaders' names disappear on the lips of many Ghanaians even shows that the political atmosphere in Ghana is full of hate and tribalism.

Limann was one of the good Ghanaian leaders blamed wrongly for a poor economy systematically abused for many years.

He is gone, resting peacefully in his grave but his name will never disappear in the political history of Ghana, as a man who loves his people but because of greed was not given the opportunity to work.