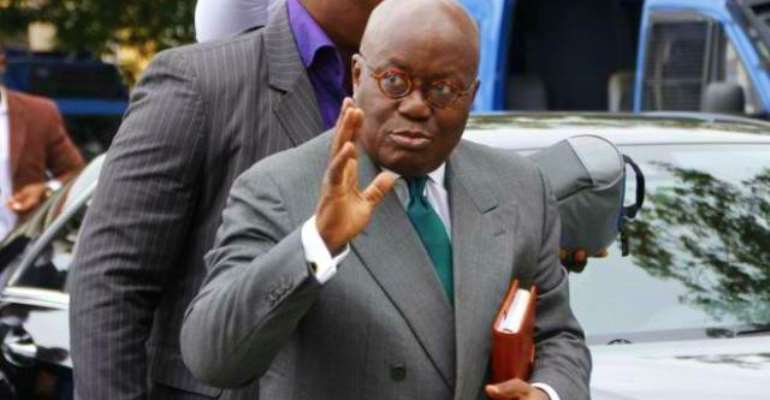 Those in power in Ghana, take what they want because they can do it with impunity and they intuitively feel it's their right to such an act. A normal person can be very good but since power corrupts the mind, that same person can be a beast to resort to cruelty and selfishness for his survival.

Ghana is not different, like other African countries, Ghanaian politicians in order to hold on to power must rely on certain factors, such as intimidation and the act of putting fear in the people, if they consider any hostility as a threat to the government.

I know Ghanaians to be very brave and intelligent people but at the moment, it is clear that there is something terribly wrong in Ghana. People fear for their lives because of Akufo Addo and therefore, have nothing to do with politics.

Everyone wants the better of Ghana, yet nobody wants to talk despite that things are going bad in the country but the question is: if everyone fears to die what can a country achieve? Politics in Ghana is not okay and it will never be okay because selfishness, greed, hate, and jealousy govern the country.

If you are an intelligent Ghanaian who wish Ghana to be a successful country today and in the future for your children and great-grandchildren before you cast your vote, ask Nana Akufo Addo these questions and if he can provide you an answer, go on with your vote but if he couldn’t find another political party in Ghana to vote for them.

1. Can Akufo Addo tell Ghanaians how much new currencies of 100 and 200 denominations were printed and submitted to the Central Bank of Ghana?

2. His government has an economist, including the Vice-President, Bawumia, who is also an economist. When money loses its value, adding large currencies to its circulation, act as a catalyst to depreciate the currency severely, yet they did it. What was the reason behind that?

If nobody knows the reason Akufo Addo government did that, you can read this from an article I wrote on January 24, 2020. ModernGhana reference: Why Akufo Addo's Government Issued The New Currencies Of 100 And 200 Ghana Cedis

3. If someone steals a penny from the government coffers and another person steals 20 GHC, both are crimes. In Ghana, at the moment are two crimes making headlines. 500 missing excavators and an Airbus corruption scandal. Why Akufo Addo did appoint the Special Prosecutor, Martin Amidu to investigate the Airbus corruption scandal, without much interest in investigating the 500 missing excavators?

4. Why some developing and developed countries have taken their nationals from China, since the outbreak of the coronavirus but the Ghanaian government has declared that nothing will force them to go for the suffering Ghanaian students in China?

If Akufo Addo doesn’t care about Ghanaians caught in the middle of an epidemic, will that convince that he cares about the suffering Ghanaians?

5. Before the NDC lost the elections to NPP in 2016, the ex-Ghanaian leader left many projects, including educational and medical institutions but Akufo Addo’s government has abandoned the projects. Can intelligent Ghanaians ask Akufo Addo, are the projects for Ghana or for the NDC?

6. If he really cares about Ghanaians and interested in their welfare as he wants everyone to believe, why did his administration neglect projects a country needs urgently for educational and medical purposes?

7. Let’s assume in the next ten years, the NDC will no longer be in power. Will Akufo Addo continue to neglect those projects which have cost Ghana millions of dollars?

8. Many Ghanaians believe that NDC is the most corruptible political party in Ghana, the reason they gave the NPP the opportunity to come and find solutions for corruption in the country.

In fact, Akufo Addo promised to eradicate this economic cancerous virus in Ghana, yet today, Ghana stands in the third position as a corrupt country in the world. Can intelligent Ghanaians ask him how this happened?

10. If in the past, he has failed to respond to, evaluate and learn from his mistakes and that of his ministers, what assurance can he give to the suffering Ghanaians to be a better leader?

Using your right to vote is one way to exercise your citizenship. It allows citizens to protect their freedom and make democracy work. Voting can influence future political decisions that will directly or indirectly affect the future of voters. Therefore, before you cast your vote, think deeply before it becomes a waste.