I Swear To Tell The Truth, The Whole Truth and Nothing But The Truth 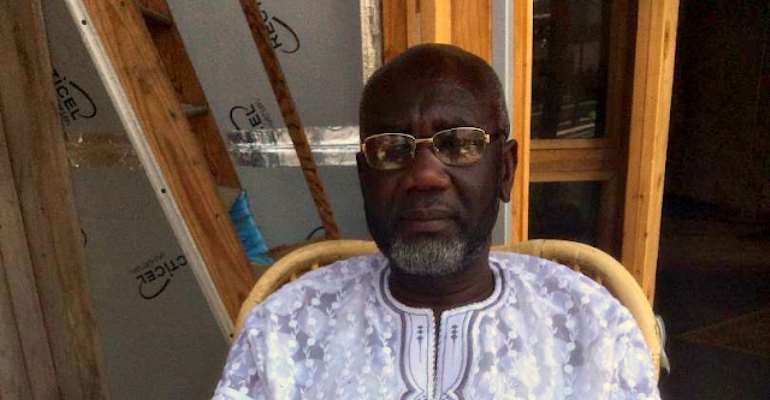 Those living outside Ghana, commonly referred to as Ghanaians in the Diaspora, whether, Germany, the United States of America, Britain, Belgium, Holland, etc, praising the current inefficient government of the NPP, will not do so if they are living in Ghana. They are doing that because many of them are from the same tribe of the Ghanaian leader and also 'Dem belly full.'

The common Ghanaians wake up in the morning wondering where their meal will be coming from, they know what suffering is, they know what unemployment is, they know what the effect of sickness is when one has no money to go to the hospital, therefore, they don’t even have the strength to glorify a political party.

I find it very disturbing and pure hypocrisy to read some articles from Ghanaians outside the country recommending the current disastrous leadership in Ghana, which has brought untold hardships to the common citizens, while those Ghanaians in the Diaspora are enjoying a good life and economies without stress.

In Europe or America, the cheapest commodity is food, ten dollars or Euros can get you something to feed on for even two days, depending on how you planned the day, yet in Ghana, 100 Ghc can’t provide you anything special in the country due to the bad economy.

Give me a break, I have no time this morning to lay down the reasons I see Akufo Addo a complete failure because I have previously written them in most of my articles.

However, I will repeat this fact, once Akufo Addo refused to complete projects which belong to Ghana left by the former Ghanaian government, disqualifies him to be in office for the second time.

Those projects are not for the NDC, they are for development, care and comfort of the suffering Ghanaians, yet Akufo Addo due to hate and jealousy left those projects to be a waste.

This one of the reasons developed countries have no respect for either African leaders or Africans. We are seen as stupid, ignorant and people without intelligence. This is not true but our leaders' lack of thinking ability like what Akufo Addo did confirms it. What kind of a leader whether educated or not would do that?

When I read Ghanaian papers, the utterances made by some of Akufo Addo ministers reveal that they are morons and surely a country run by morons will never progress.

Are people afraid of Akufo Addo? Why journalists in the country can’t tell Akufo Addo that he is a bad leader? Is it because of Ahmed Hussein-Suale's death?

Those Ghanaians in the Diaspora showering praises on the inefficiency leadership of Akufo Addo, are they sincere enough to admit that Ghana’s depreciating economy is similar to the one they are enjoying in the countries that they live?

No moron should tell me that Ghana is an African country or poor, therefore, its economy can’t be like a developed country because Ghana is not a poor country. The country is a hundred percent richer than many European countries, yet citizens are not suffering like the common Ghanaians.

I like talking about the common Ghanaians because they have no access to loot the state treasures or coffers but hundreds of Ghanaian politicians have, the reason greed and selfishness have prevented them to admit that Akufo Addo is a total disaster.

I have said it over and over that, I am neither for NPP nor the NDC but as a Ghanaian in the Diaspora and also a victim of land and financial fraud, I pray for good governance and leadership in the country.

The American president, Donald Trump, is now under impeachment for abuse of power. Akufo Addo, John Mahama, NDC, NPP politicians, and ministers, have been involved in serious corruption scandals, which one of them has been found guilty?

Ghana must be ruled by a good, intelligent and skilled leader, to attain a prosperous economy and an effective judiciary system. That will encourage investors and also inspire me to come home and settle in the future.