Corrupt IMF And World Bank? - Ken Agyapong Confirms The Truth About An Article I wrote 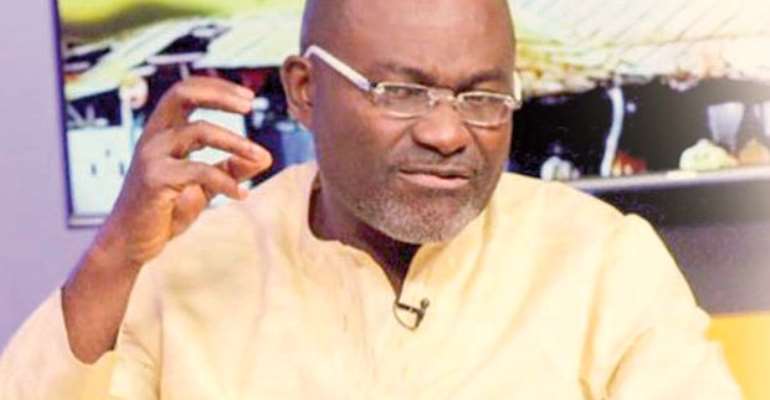 I don’t only write but I read a lot about Ghana, as well, to have ample information about what is going on in the country.

I wasn’t surprised at all when on Ghanaweb news site, I read about Kennedy Agyapong, Member of Parliament for Assin Central Constituency, accusing the International Monetary Fund and World Bank as two culprits undermining the leadership of Nana Akufo Addo, following the latter’s resolve to make Ghana self-sufficient to wean the country off from foreign aid.

It will be recalled that on October 18, 2019, ModernGhana news columnist, Joel Savage, wrote an article captioned: The IMF And The World Bank Partly Responsible For Ghana's Struggling Economy

In the above-mentioned article, I wrote that: Corrupt multinational companies, supported by the International Monetary Fund and the World Bank, have taken over the totality of the resources of the developing countries, making the countries indebted and dependent on foreign capital, while the same institutions hypocritically convince the world that poverty is mainly caused by corruption in Africa.

According to a study by the Bank of Ghana, the country is among the largest exporters of gold in the world, yet only 1.7 percent of the total proceeds of its gold sale reach the Ghanaian government. This means that the remaining 98.3 percent is managed by external entities, mainly by multinational companies, which make the lion's share in the division of profits.

Thus, of the 5.2 billion dollars of gold produced between 1990 and 2002, was stolen and the government received only 87.3 million, consisting of income taxes and royalties.

The dominant narrative propagated by institutions such as the International Monetary Fund (IMF), which controls the levers of global finance identifies the mismanagement of local officials as responsible as a result of those lootings, citing corruption scandals as the main reason for the lack of resources.

The common Ghanaians continue to face hardships, with a low level of health, education and other measures of national well-being, yet large amounts of money from gold resources are stolen each year by multinational companies.

In Ghana, we often accuse individuals and angrily pointing fingers at corrupt politicians, while the nation is robbed hands down by multinational corporations, working together with institutions like the IMF and the World Bank.

Shortly after the publication of the article, as usual, one person who hates this writer because his articles are not appearing in the MOST READ column, used false names, such as Sampong, Esi Nana, Kevin, Nathan (Belgium), and Dr. Stone, to attack the writer, hoping his efforts will render my article useless, as he does always every time I post an article but I deleted all the comments.

The names attached to the deleted comments are still visible under my article on ModernGhana news. As soon as the editor of ModernGhana news removed the MOST READ column, after realizing that it is causing jealousy and hate, I am now a free man and even gained more freedom after disabling my comments space. What a world?

Today, December 27, 2019, Kennedy Agyapong, on Ghanaweb, who probably doesn't even know that this writer has already written an article about his accusation, has confirmed the truth about what I wrote almost three months ago.