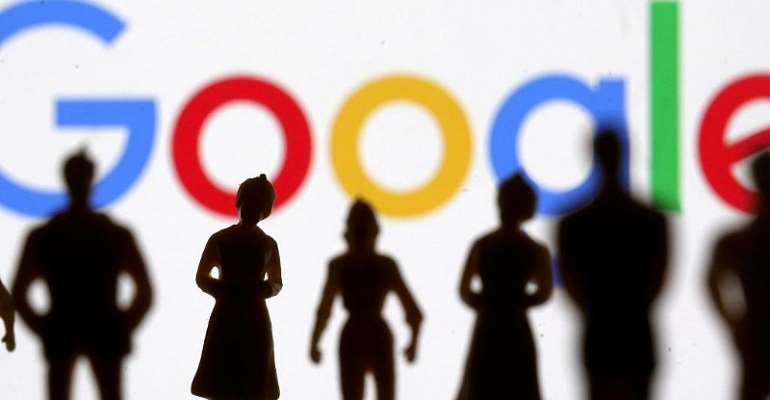 Dear Alphabet ,
Happy holidays! It strikes one, at the cusp of a new decade, that should the need ever arise for you to find a permanent solution, to the ever-present threat posed by sundry regulators, and busybody-politicians around the globe, seeking to break up your very useful business, in future, your company could have recourse to a sure-fire counter-strategy that is also very creative in nature.

As it happens, Google is already collaborating with Ghana on AI-related research, if my memory serves me right. The question is: With those two aforementioned threat-scenarios, above, in mind, would it not benefit your company enormously to found an independent and sovereign island city-state, of your own?

How, you might wonder? Simple. Really. The question is: Why does Alphabet not purchase the biggest island in the Volta Lake, in Ghana, in a territorial-acquisition-deal with the government of Ghana - similar to that which the UK struck with China after the Opium wars of 1842 and 1860, and the subsequent leasing of the New Territories for 99 years, from 1898?

Alphabet would then turn it into an independent, state-of-the-art high-tech, island city-state, for 99 years, paying Ghana U.S.$15 billion upfront, and annual ground rent of say U.S. $2.5 billion, renewable every 10 years.

As an independent sovereign island city-state, no one would demand that you pay initiative-hampering-taxes, and, best of all, no one would dare to try and break up your very dynamic and innovation-driven company, which benefits humankind hugely, in so many ways, despite the unfair criticism it attracts from certain quarters that overlook the very real freedom-limiting threats posed to humankind by organised cybercrime-syndicates and murderous terrorist groups.

Some of us would rather forgo unfettered privacy, if in exchange it makes us become safe from brutish jihadist terrorists groups in West Africa, such as Boko Haram, Islamic State in the Greater Sahara, Ansaroul Islam, and the Macina Liberation Front - all of which have plans to spread southwards from Mali and Burkina Faso.

The benefits of striking a territorial-acquisition-deal with Alphabet , for Ghana, is that your company would, as a CSR good-neighbourliness initiative, constantly collaborate closely with the Ghanaian authorities, in an all-out drive to enable Ghana digitise it's entire system, swiftly, with built-in upgrades, and give young people here, free Internet access, for example.

Technology, not the shortsighted and stupid destruction of our priceless natural heritage, would underpin our transformation into a prosperous and all-inclusive society - making our homeland Ghana a green and pleasant land in which the citizenry enjoy a good quality of life (ranking amongst the best in the world), and are blessed to have one of humankind's highest living standards, globally.

Above all, as terrorism spreads southwards from Mali and Burkina Faso, leveraging Alphabet 's expertise and access to high resolution satellite imagery, day and night, would enable Ghana to deal effectively with that latent threat to its stability 24/7, all-year-round, and thus enable its citizens to continue enjoying the relatively peaceful environment they are privileged to live in. May that crucial win-win territorial-acquisition-deal be struck in 2020. Cool.