Hon. Kennedy Agyapong Should Let Anas Amereyaw Anas Be - For Anas Is A Patriot, Not A Criminal 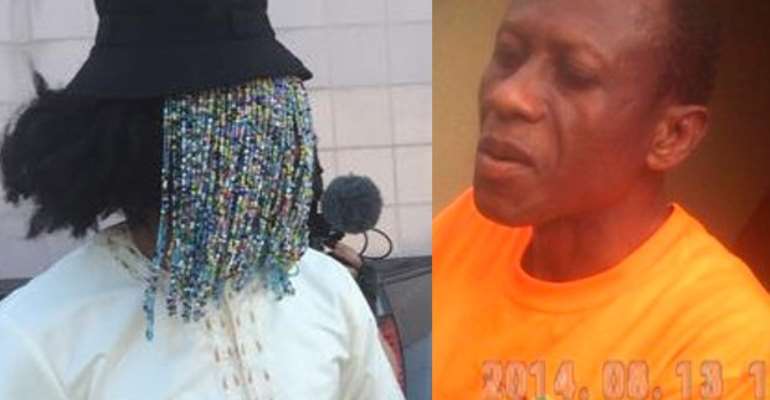 So per the gospel according to Hon. Kennedy Agyapong, a list of possible targets for investigation, compiled by a hardworking and patriotic journalist, who loves his country passionately, somehow represents a hidden "pound-of-flesh" agenda that should attract public opprobium? Wonders. How ridiculous.

Such nonsensical public utterances, by a member of an important state institution, such as Parliament, can only be taken seriously, in a hypocritical society dominated by well-off fence-sitters, such as our homeland Ghana.

Hon. Kennedy Agyapong's fixation with 'unmasking' Anas Amereyaw Anas, is leading him to make a complete mockery of himself, to discerning Ghanaians. Haaba.

A list of possible targets for investigation by a fearless journalist, who hates the high-level corruption slowly destroying our homeland Ghana, cannot, by any stretch of the imagination, be a signal that somehow a hidden "pound-of-flesh" agenda, planned by a "wicked" journalist, exists. What utter rubbish.

Hon. Kennedy Agyapong's ignorance beggars belief. How stupid can one get, I ask? And he is an MP? Ebeeii. "Only in Ghana", as some Ghanaians are wont to say, in such situations. Hmmmm, Oman Ghana, eyeasem ooooo. Asem kesie ebeba debi ankasa. Yooooo...

The question is: Who should society blame for this sad state of affairs in Ghana? Alas, middle-class Ghanaians want to eat their cake and have it - an impossibility.

As a result of that mindset, they prefer to leave the dirty business of Ghanaian politics, to geniuses like the Hon Kennedy Agyapongs. The results are there for us all to see: kickbacks galore from the unprecedented high-level corruption driven by restricted bidding for public-sector contracts.

Such middle-class Ghanaians - who lead the chorus of how corrupt our nation has become, would rather focus on the serious business of chilling out in their expensive watering holes, where they happily criticize the foolishness of their nation's leaders.

In those convivial-alfresco-settings, they criticize politicians' nation-wrecking actions and egregious inactions - from the sidelines, in high-fallutin language, and pass around laptops to show threads of online conversations in traditional media outlets, and on social media platforms, on the subject.

For such well-off and independent-minded Ghanaians, in choosing to single-handedly "expose" Anas Anereyaw Anas, Hon. Kennedy Agyapong, is barking up the wrong tree - and making a real spectacle of himself. Hon. Kennedy Agyapong should let Anas Amereyaw Anas be - for Anas is a paid-up patriot, not a criminal. The sod. Haaba.

Even if Nana-Addo changes constitution and contest, Mahama w...
30 minutes ago