Why Eric Ingersoll Must Now Tell The World The Nature Of Deal He Struck With Hon. K. T. Hammond 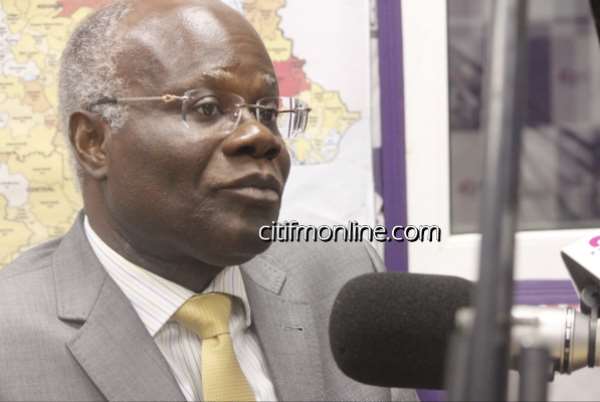 The information below is culled from archived Obama-era U.S. federal government Champions of Change online content, which includes information about the American energy-sector strategist and consultant, Eric Ingersoll.

Unbeknownst to Eric Ingersoll, the invention that earned his inclusion in that illustrious Champions of Change list, resulted from a secret state-capure-deal, initiated by the then Kufuor-era deputy minister for energy, Hon. K.T. Hammond and his accomplice, Jeff Antwi-Darkwah.

The proverbial chickens have now come home to roost for Hon. K.T. Hammond and Jeff Antwi-Dankwah. But, luckily for all concerned, when contacted, the inventor (who was tricked to give out the secrets of his invention to Hammond in the belief that the state would help him patent it), insisted that he had moved on - having forgiven K. T. Hammond years ago: and that he still considered him a friend.

(As it happens, he now has a serendipitous energy sector invention that is going to give humankind affordable renewable off-grid electricity, devoid of intermittency challenges, thus obviating the need for different types of energy storage, such as batteries. That, dear reader, is the holy grail of power generation - and renders more or less obsolete, present-day power generation and distribution infrastructure. Ditto renders the oil industry an investment worth far less than it had hitherto been valued at. In other words, his new invention will eventually not only take out the single biggest source of pollution worldwide, fossil fuels, but also means nuclear power plants no longer make economic sense. But I digress.)

However, that egregious outrage must be stamped out - because far too many brilliant people who send their project plans to high-level public-sector appointees in Ghanaian officialdom, end up having their ideas stoken by the thieves-in-high-places: whose unfathomable greed and breathtaking arrogance is slowly but surely destroying our homeland Ghana's prospects, for that abominable, unpardonable and unspeakable reason.

That, dear reader, is the reason why the time has now come for Eric Ingersoll to tell the good people of Ghana, and the rest of the world, exactly what was the nature of the secret state-capure-deal that Hon. K.T. Hammond struck with him all those years ago. Amen.

Finally, let me boldly state that the evidence this piece is based on, is solid, incontrovertible and uncontestable legally. I am happy to meet Eric Ingersoll (who in a sense is a hapless victim), Hon. K. T. Hammond and Jeff Antwi-Dakwah, in the law courts, either in the U.S., or in Ghana. As for me, Massa, I fear no one, oooo. God Almighty watches my back papa. And the Akyem blood coursing through my veins makes me litigious papa. Cool. Hmmm Oman Ghana eyeasem ooooo - asem kesie ebeba debi ankasa. Yooooo...

FixingTheCountry Movement to march in support of Akufo-Addo'...
16 minutes ago