The Creator Says No To Atewa Forest Exploitation Plans 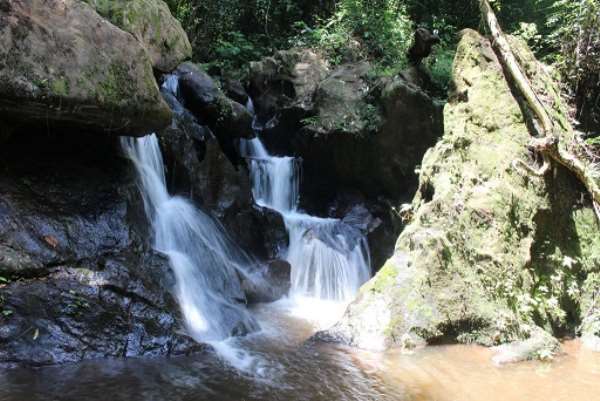 Successive Ghanaian governments haven't only destroyed and retarded the growth of the country's economy but also continue degrading our environments, therefore, putting the lives and health of Ghanaians in unforeseen dangers.

During Nkrumah’s era, the government monopolized the purchase of Cocoa and systematically paid the farmers below the world market price. With this income, all kinds of ministries were set up that did not take farmers into consideration.

For example, the Ministry of Agriculture tried to promote food production through huge investments in the dry North of Ghana. State-owned companies were provided with tractors that caused erosion and many were grounded rusting on the side of the roads.

Fertilizer was also supplied but it turned out not to work on the exhausted soils. The result was a stagnation in food production. The same happened with irrigation projects on the upper belt of the Volta River. They all failed and, moreover, competed with local wet rice growing.

The culmination of nature's mismanagement was the construction of the Akosombo dam in 1965, in the lower belt of the Volta River. The resulting Volta lake became the biggest man-made reservoir in the world and supplied the aluminum smelter of the multinational Kaiser, supplying power, as well in the capital Accra.

Due to unregulated logging and corn cultivation on its banks, the water level of the lake fell and the smelter had to close its furnaces in 2011. Accra was confronted with power shortages almost every day. By 2018, the role of Volta delta is supporting the national food supply.

Because of this mismanagement, food prices in the cities increased and the Ministry of Commerce decided to import rice from Asia on a large scale. Politicians started importing food into the country and the Ministry of Agriculture became ineffective and useless.

In 2018, the Ministry of Agriculture hardly had any national ambitions, despite the poor food situation in Ghana. 50% of chicken, 60%of fish and 70% of the required million tons of rice were imported.

Cocoa cultivation in the tropical rain forest remained the government's only hope. But the cocoa board collapsed in all kinds of political spending and was abolished in the 1970s. From now on, private trade bought up the cocoa while multinational Cargill took care of the processing into cocoa butter.

During this period, the tropical rain forest was sacrificed for the export of hardwood to Europe. The cocoa tree lacked shade and moisture, causing the total cocoa harvest to shrink every year.

The desiccation of nature was already addressed in the 1980s, but plans for forest management in the hands of farmers failed because the Ghanaian officials refused to cooperate and an attempt by the Dutch embassy to regulate forest clearing also failed around 2010.

In recent years, the cocoa board has been trying to revive cocoa cultivation. For example, it distributes drought-resistant cocoa varieties that should replace farmers' outdated plantations.

The cocoa board also receives support from Cargill, a company that helps farmers grow more, connecting them to broader markets while composting and restoring vegetation did not receive any proper attention.

In regard to these string of continuous failures and calamities which affected Ghana's economy, it will be a very bad decision if the government of Ghana decides to give away the rich and unique biodiversity Atewa tropical forest for mineral extraction.

The rich virgin Atewa forest and its river landscape are home to rare animals, plants and supplies about five million people with drinking water. Will the Ghanaian government in the future destroy all these for metal and deprived people of their livelihood?

If as humans we are not ready to learn from our past mistakes because of greed and money which will go into others pocket, then there will be a time all our precious environments will be destroyed, giving rise to environmental hazards, degradation, and extreme poverty.