What Are Trump’s Chances Of Winning The 2020 Elections? 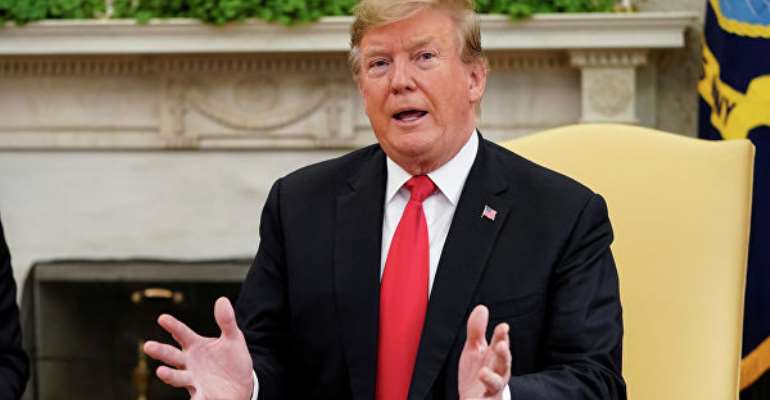 Judging by the headlines in the American press, the beginning of the third year of President Trump was close to failure. In just over two months he lost the battle to build a wall on the border with Mexico.

He became the object of new investigations launched by Democrats who received a majority in the House of Representatives. His meeting with Kim Jong-un ended in nothing, while the Congress, and the participation of Republicans, reject his decree declaring a state of emergency on the border with Mexico.

Trump also criticized the concern of the Democrats about climate change and said that he was tired of the investigations initiated by them against him. In addition, he touched on the theme of the Russian investigation and recalled that there was no collusion with Russia at his campaign headquarters.

The investigation into the alleged interference of Russian hackers in 2016 presidential election continues in the United States till today.

In August last year, the former lawyer of the head of state, Michael Cohen, made a deal with the investigation and admitted that he had committed crimes at the direction of the head of state, and also agreed to testify to special prosecutor Robert Muller in the case of alleged Russian interference in the elections.

Despite all the controversies surrounding Trump and the continuous call for his impeachment, confident Trump said: "I will win the elections also in 2020 and with a wider margin than in 2016."

Most Americans believe that Donald Trump will win the upcoming presidential elections in 2020. This was reported on by CNN, referring to the results of a survey conducted by the independent research service SSRS.

According to the poll, 54% of respondents suggest that Trump will win the 2020 elections. 41% hold the opposite opinion, and 5% did not take a certain position on this issue.

As the TV company recalled, in December last year, 51% of respondents said that Trump would lose the upcoming presidential election, however, only time will tell.