Can Breathalyzer Be Useful In Ghana To Reduce Road Accidents? 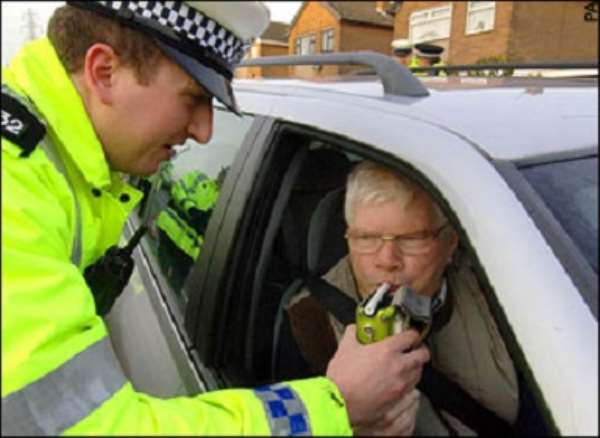 Road accidents happen very often. In some countries, especially in Africa, it’s almost every day, since vehicles are made of engines driven by a human being prone to error. However, certain measures can be implemented to drastically reduce road accidents.

Many travellers in Africa, including Ghana, lives are cut short due to ghastly road accidents recorded daily, while roads in Europe are the safest in the world with an average of 49 road fatalities per million inhabitants. Despite that, the European Union works tirelessly to improve road safety.

The fascinating part of road safety measures in Europe is that they reduce road accidents and also a source of generating income for the country, as each traffic violation carries a heavy fine.

To reduce road accidents, usually caused by excessive over speeding there are thousands of road monitoring Cameras which snaps the registration number of over speeding vehicles.

For example, if a road demands 70 mph and you do extra speed, the camera will get you. It registers the extra mile you made and the time the offence took place. Since all vehicles in any advanced country are consolidated registered and computerized, you can’t escape a fine if one violates traffic rule.

Alcohol plays a major role in road accidents in Africa, yet the use of breathalyzer is not all that common. In Europe, the traffic police can stop any driver to test him with a breathalyzer if the driver is under the influence of alcohol. Once you have consumed a large volume of alcohol, the device detects the alcohol concentration in your blood.

Once the device reads you have excessive alcohol in your blood, you’ll be fined and your driving license suspended. The breathalyzer has helped to reduce road accidents in Europe.

Also, where are there are schools, your speed limit should not be more than 30 mph. This has guaranteed the safety of school children in the neigbourhoods. Hardly will one hears a vehicle knocks down a school child in Europe.

In some countries, including Holland, bicycles have their own traffic lights to protect and give extra safety to school children and students using bicycles to school.

In the year 2008, the Honda and Hitachi, the Japanese vehicle manufacturing companies presented cars at the 'Society of Automotive Engineers' Show,’ which is able to recognize human breath with extreme precision - up to 0.015 mg / L.

Over speeding monitoring camera
Once a driver, under the influence of alcohol, approaches the car, an alarm on the dashboard sounds, which leads directly to the ignition lock. The system is called ‘Alcohol interlock.’ The vehicle will never start.

Development in every country depends on both hard work and money. For example, there are certain road measures it might cost the Ghanaian government a lot of money.

However, introducing enough road signs, over speed monitoring cameras and breathalyzer will help reduce road accidents in the country without costing the government much and even if it costs life values more than money.

It should be mandatory to the Ghanaian government to take into account other vulnerable road users, including cyclists in road safety management procedures.