What Is In A Fame? 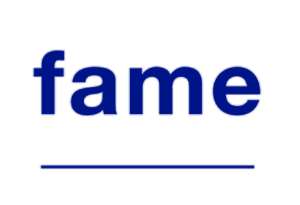 Even as society is making all the sacrifices to grant the young ones of today access to good education that would guarantee them some decent life in the future, many of these young ones do not see education as the route to achieving anything here.

They would point to famous musicians and actors as their role models; they would say these fame people didn't go to school and yet they are living the envious life.

Some of these boys are only excited about school during entertainment.

But I have been asking myself what really is in a fame? What real good life do these celebrities live?

There is a butcher in my area; he spends his whole day standing selling all kinds of fish and meat to women: singles and married.

He would only sit briefly.

He married a young wife; very young with her ' bobi stana' in place. The lady has given him four children. One of the children is reading medicine at Legon.

The butcher pays the fees; he pays but he complains he is poor.

The wife is beautiful, and she is bleached looking like the sun.

She would act measuredly to ward off any potential rival. Yet still, the man after closing from work at six pm would go to town to have his little flings.

Of course, some of his single women customers occasionally would want to have his meat and pay in kind; and the butcher is so so understanding.

He is a nice man.

Occasionally, the wife would meet some of her rivals and give them a little of her worst self.

The couple is still there; the wife pre-occupies herself all day bleaching and serving the husband three meals carried to him each time in a basket.

And this is a butcher's life.

Then, in this same society, we have famous musicians and actors.

They make millions; they eat good food; they drink the best of wines; they live in huge mansions; at least that is what they want us to believe.

And these male celebrities live single lives into their forties; they say the marriage decision is a big deal; that they have to take the decision carefully.

Then one day we would hear of a celebrity wedding with pomp and pageantry.

One of these famous people would be taking 'an experienced old woman ' for a wife in an expensive ceremony; beauticians would manage to present us a beautiful bride; they would use 'clay' to fill all the potholes.

Few months after the wedding all sort of rumours in a celebrity marriage. A wife is reported to have said she is leaving a marriage because a man has cheated.

An experienced old woman just got married; she is leaving the marriage because a man cheated with a younger woman.

Then parties would bring their worse selves into the public domain.

An ex-wife would be telling the whole world how her ex-husband owns an ' okro' penis.

Another time she would be quoted that her ex-husband is a 'one-minute man'. Whatever this means.

And this is the life young men in school want to have.

A life that affords you everything but nothing.

Meanwhile, a butcher has a bleached-white beautiful wife who has given him an intelligent boy who is reading medicine.

And if he isn't, he still gets to have his fling outside.

Even when he is a bad boy, his wife carries with pride in a basket meal to him; three times in a day.

What really is in a fame?