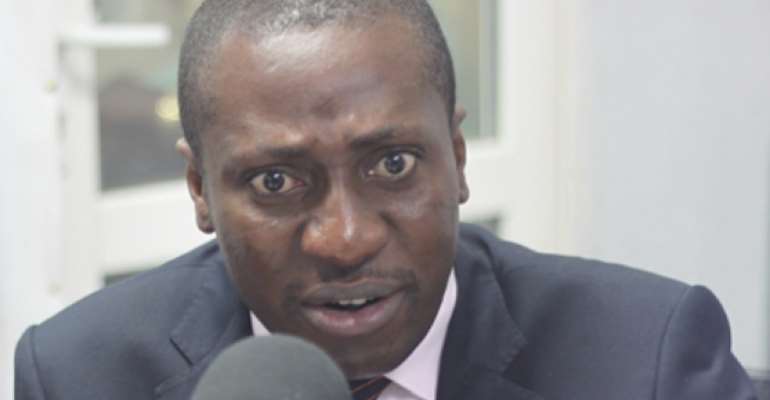 Speaking on Adom TV’s political show dubbed Badwam, The enraged MP disclosed that "I was arrested whiles discharging my duties in court as a Lawyer during NDC’s tenure yet I never complained to anyone, and till date the leadership of my party (NPP) are not aware that the NDC arrested me whiles there were in power."

He said it baffles him why the NDC has kept launching series of attacks on the CID Boss ever since she invited Ofosu Ampofo to her outfit for interrogations with regards to the series of kidnappings and fire outbreaks in the country.

Hon. Markin urged the NDC to keep mute and rather encourage their National Chairman to honour the CID Boss’s invitation because that will prove whether he is guilty or not.

An invitation letter dated May 7, 2019, written and signed by CID boss was sent to Mr Ampofo on May 7, 2019, saying Mr Ampofo should report to COP Maame Tiwaa on May 9, 2019, at exactly 2 pm for interrogation about the recent kidnappings and fire outbreaks in the country.

In response to the invitation issued by the CID Boss, Deputy General Secretary of the NDC, Peter Boamah Otokunor stated on Starr Fm that the invitation is a deliberate action taken by the Ghana Police Service to collaborate with the NPP government in order to destabilize and cause tension in their party.

Mr Otokunor said “We can’t be intimidated and we are sending a clear notice to them that we are treating this letter with the contempt it deserves.

“We are going to impress on our national chairman not to honour the invitation. In fact, when he attempts we are going to stop him… it’s baseless and unconstitutional and we see it as an encroachment on his fundamental human rights”.

More NPP News
ModernGhana Links
A/R: Am your Messi, kick me out from NPP and you'll suffer like Barcelona in 2024 – Chairman Wontumi warn delegates
'We can't complete all E-blocks at once; we came with our own agenda' – Former Adentan NPP PC
Fuel price hikes: NPP's ghost haunting them – Victor Quarshie
Collins Nuntwiri Nuamah set run for NPP’s National Treasurer , Gets Resounding Reception Across Country
Anti-gay bill: Our numbers have reduced from 15 to 8, NPP MPs asked to stay away — Dafeamekpor
No machinations will break ordained Alan as NPP choice for 2024 – Spokesperson
Don’t give literal meaning to Akufo-Addo’s response to Torbgui Fiti — NPP MP
Aflao E-block was 23% complete when NPP took over, it’s now 96% — MP
The key to NPP breaking the 8 is with the delegates — Ben Ephson
TOP STORIES

‘You can’t beat NDC in spreading lies, falsehood and propaga...
34 minutes ago