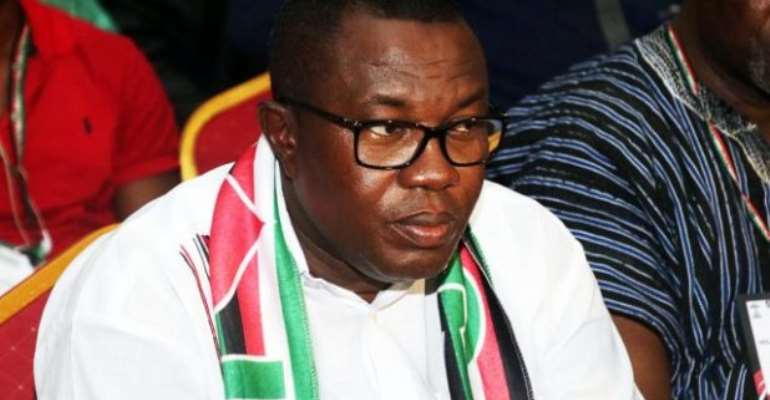 The National Chairman of the National Democratic Congress (NDC), Samuel Ofosu Ampofo has been released by the police after being detained closed to six hours on Tuesday.

According to reports, the police has confiscated electronic gadgets belonging to the chairman and has asked him to report back to the police on Thursday, June 13, 2019.

Mr. Ofosu Ampofo was arrested in connection to his alleged involvement in the spate of kidnapping cases in the country.

This was after he refused to honor an invitation to report to the Director-General of the Criminal Investigations Department (CID), Maame Yaa Tiwaa Addo-Danquah, to assist in investigations into the recent spate of kidnappings and arson in the country.

According to the CID, the NDC Chairman's name has been mentioned by a suspect allegedly behind the kidnappings in the country, a situation which informed the police to invite him.

Already, Mr. Ofosu Ampofo is standing trial on two counts of conspiracy to cause harm and assault against a public officer after a voice alleged to be his was heard inciting the party’s communicators to launch verbal attacks on the Chairperson of the Electoral Commission, Mrs Jean Mensa and the Chairman of the National Peace Council, Prof Emmanuel Asante and also, kidnap relatives of political opponents.

JHS graduate appeals for $45,000 to undergo kidney surgery
39 minutes ago