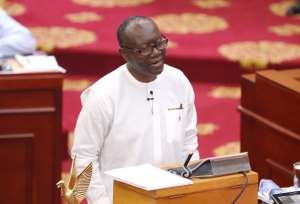 Ghana is one of the most stable countries in Africa and has experienced alternating peaceful power transfers between the two main democratic parties, the National Democratic Congress (NDC) and the New Patriotic Party (NPP).

The NPP won the 2016 elections with a fairly convincing margin, partly as a result of the previous NDC government burning with corruption scandals, mediocre economic performance, and a severe electricity crisis.

A major weakness of the Ghanaian democratic process is the frequent budget deviations and excessive spending in the electoral years. Also in 2016, this helped to generate strong imbalances.

Although Ghana has been stable for years, when analyzing the risk of political instability there are elements that should not be underestimated. First of all, the constant increase in the cost of living and the freezing of salary increases for civil servants increase the risk of extensive strikes and social tensions.

Secondly, together with the revival of oil production in Ghana in 2011, the scope of bad management also took off. Corruption is increasingly worrying, and in 2017, for the third year in a row the Transparency International Ghana corruption index has worsened, although the country maintains a better position than the regional average (12th in 49 countries in Sub-Saharan Africa ).

Finally, like many other coastal countries in West Africa, Ghana has some polarization dynamics between northern Muslims and southern Christians. Moreover, given the country's involvement in the fight against active jihadists in the region and the presence of Western interests, it is being targeted by jihadist groups based in the Sahel.

The collapse of world oil prices in conjunction with years of recurrent deviations from fiscal policy, an energy crisis and technical problems at the Jubilee offshore oil field, have contributed to worsening the country's economic and financial fundamentals between 2013 and 2016.

In 2017, the economic context improved, thanks to an increase in oil and gas production and the adoption of a more ambitious economic policy agenda. GDP growth accelerated to almost 9%, estimated for 2018 and 6% in 2019.

Thanks to an almost doubled oil output after the production of new oil fields. Furthermore, oil prices are expected to re-stabilize at around USD 60 per barrel.

The value of the cedi has reduced since the end of 2013 and at the end of 2017, it stabilized due to the higher revenues in hard currency generated by oil exports and the continuous support of the IMF, in support of general confidence.

Despite this, the Ghanaian currency remains exposed to seasonal and political vulnerabilities. Inflation from 2017 is a declining trend after having reached an annual average of more than 16% between 2014 and 2016.

Furthermore, other financing deficits are expected on the external balance of payments front, largely due to higher portfolio investment inflows (Eurobonds) which will continue to strengthen foreign exchange reserves in the central bank.

The reserves are at the highest levels since 2012 and in November 2017, they achieved a 3.2-month import coverage. However, these bond issues have raised total foreign debt levels.

The fragility of public finances represents a critical risk

The IMF Debt Sustainability Analysis published in September 2017, confirmed Ghana's state of 'high debt risk'. Undoubtedly the main risks for Ghana are on the fiscal front. The budget deficit reached an average of 11% of GDP between 2012 and 2014, before moderating somewhat in 2015, in line with the commitments made under the three-year IMF support program (2015-2018).

However, given that 2016 was an election year, in that same year the budget was again released from the tracks reaching -9% of GDP. The state's outstanding commercial debts to domestic suppliers have accumulated to 3, 8% of GDP at the end of 2016 and the government found itself having to sustain significant contingent liabilities generated by state-owned energy companies and the financial sector.

As a result, Ghana's public debt stock continued to accumulate to 74% of GDP in 2016, starting at just 26% of GDP, after supporting HIPC debt in 2006. Although government revenues remained relatively stable, confined around 17% -18% of GDP, interest expense has skyrocketed and at the end of 2016 absorbed an unsustainable share of public revenues of 42%.

The huge burden of interest expense on Ghana's budget is probably the biggest weakness of the country, due to inadequate debt management and onerous national credit conditions characterized by short-term maturities and high-interest rates (25% in 2016).

According to Ghana's public debt strategy, the stock of domestic debt is gradually rescheduled for a longer term and replaced with foreign debt, which has now become more accessible. The 2016 Eurobond of Ghana has been placed with a substantial return of 9.25% and the country is planning the sixth placement of Eurobonds in April 2018 (1 billion USD).

Yields on local currency bonds purchased by international investors still reach very high levels (for example 19.5% after placement in November 2017. In 2017, more restrictive budget policies were introduced, broadening the tax base and fiscal compliance and reforms to support the business. Thanks to the budget deficit of 2017, which should have been limited to around 6% of GDP, the lowest level. in six years.

The extension of the IMF financial support program in April 2019, should help to mitigate concerns about debt suffering, supported by strong economic activity and increased export earnings. Therefore, the challenges facing Ghana's public finances are great, the country is showing significant signs of recovery.

The main risks that could wreck such progress are a sharp drop in oil prices, oil production setbacks, a weak fiscal discipline and a negative sentiment of international financial markets against Ghana or towards frontier markets in general.