Without The Possibility Of Parole
By Kofi Thompson 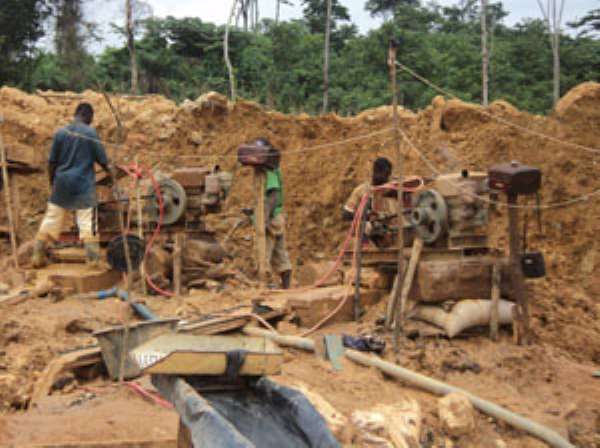 This year's International Day of Forests was observed on Thursday, 21 March. And, as always, World Water Day (an annual UN observance day), fell on 22 March.

It was heartening to see just how concerned so many ordinary people (who were interviewed by the media in vox populi news reports), clearly were, about the increasing lawlessness resulting in the denuding of forest reserves nationwide, and destruction of the watersheds they contain, which has led to the tragic loss of vital ecosystem services they provide for society that ensures our overall well-being, as a people.

This year, I made a conscious decision not to pen any articles, to mark either of the two above-mentioned important annual international environmental events - so I could monitor how the Ghanaian media would contribute to environmental-awareness-creation amongst our younger generations: emphasising the importance of protecting Mother Nature, across the entire landmass, of the sovereign territory of the Republic of Ghana.

Judging by their reportage, the media in Ghana must be commended for using their platforms - on both days - to highlight the existential threats facing our forest reserves and sources of our treated drinking water supply. It made many Ghanaians aware, of the egregious nationwide environmental degradation, which we are now contending with, across vast swathes of the Ghanaian countryside.

In the main, the media generally focused on the many factors that are combining to threaten what is left of our nation's fast-dwindling natural heritage - on the aforementioned global observance days - with stories from media professionals, reporting from denuded sites in forest reserves, with some vividly highlighting threats to the watersheds they contain.

Those new laws must specify, in clear and unambiguous language, the compulsory seizure, and forfeiture, of all equipment (including even hired equipment such as excavators, tipper trucks, flatbed low-loaders, chainsaws, etc., etc.) used by those involved in galamsay operations and illegal logging.

All such seized equipment must immediately be forfeited to the state, and sold by transparent public auction, with same being widely advertised in the media, across the nation, with a substantial amount of the proceeds going to the whistleblowers, whose tip-offs made the arrests of those greedy and callous criminals possible. Enough is enough. Haaba.

The author has 667 publications published on Modern Ghana.