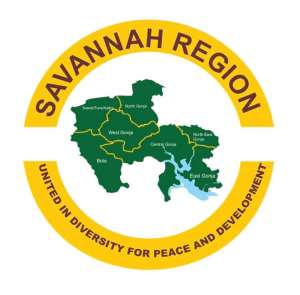 This write-up will put the spotlight on just twenty (20) of the comparative strategic superiority of SALAGA over the other towns within the Savannah region.

3. It is the most business friendly area within the Savannah region. The population of the area coupled with the adjourning districts provides ready market for businesses. It is also worth noting that, 72.4% of the population aged 15 years and older are economically active.

4. Salaga has the highest telecommunication penetration of fixed line as well as cellular services in the Savannah region.

5. Salaga has a very attractive tourism sector. It boasts of several tourist attraction sites, including the ancient Slave Trade Market which was the biggest slave market in Ghana and the sub-Saharan region as a whole. It also has the highest density of hand-dug wells that were used for the bathing of Slaves. Besides, areas around the Volta Lake in the Salaga area can be developed into Modern Beaches and Resorts among many other attractions.

7. Due to its size, Salaga is the only area within the Savannah region with two (2) constituencies  Salaga South and Salaga North.

8. The topography of the Salaga area is generally flat with few undulating surfaces, making it the most suitable for the construction of Airport and other infrastructure befitting the status of a regional capital. In fact, nowhere does the land rise up to 200 metres in the whole of the Salaga zone.

9. The Salaga area has access to the largest portion of the Volta Lake for Port development and water travel.

10. It is the most agrarian, providing access to a variety of raw materials for efficient industrial and commercial development. Compared to the rest of the Savannah Region, the tree cover within the Salaga area is the densest. At the extreme south-east area of the municipality, semi-deciduous commercial trees such as oil palm trees, raffia palms and others can be found.

11. Its people are extremely hospitable, most diverse and well educated.

12. Salaga is the most peaceful and politically stable (both traditional and mainstream partisan politics) town, comparable to none in the whole of the Savannah region.

13. The Salaga area is the only area with a Municipal status in the whole of the Savannah region.

14. The Salaga zone has the highest number of health facilities (29) among the six (6) districts in the Savannah region, including the biggest and most resourced referral Hospital. This is very significant in terms of accommodating and providing for the health needs of the population. This is especially pertinent with the anticipated sharp increase in population associated with a new regional capital.

15. In the area of education, the Salaga area is foremost of the five (5) other districts within the Savannah region. It boasts of the highest number of basic schools (151) with two (2) SHSs and a Nursing Training Institution. On top of that, there are more trained teachers in the Municipality at both the Basic (733) and SHS (138) than any of the other five (5) districts.

17. With regard to Security, Salaga has a Prisons and Police Service to cater for any anticipated increase in crime rate that comes with a regional capital.

18. Concerning Mineral deposit, the Salaga area is the only location in the Savannah region with a combined deposit in commercial scale of both Gold and Iron Ores. There is also sea sand in abundant quantity for any infrastructure and development project.

19. Salaga is strategically located, linking the Savannah region to the Bono East and the Northern regions.

I believe without any shred of doubt that, Salaga will be named the regional capital of the Savannah region.