Please, Call Me Dr; I Earned My Honorary Doctorate 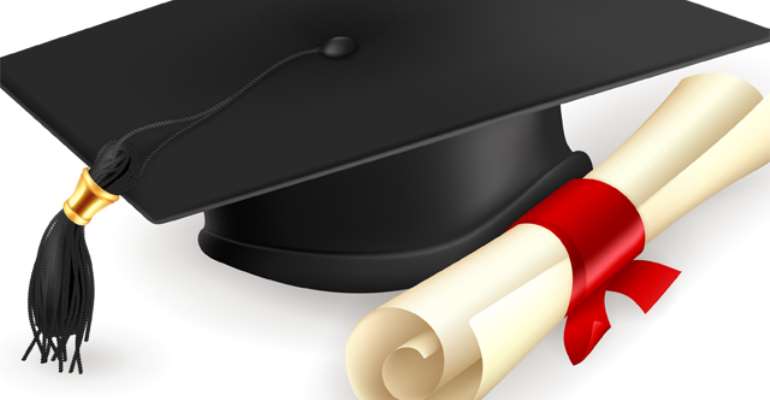 “Honorary degrees and lifetime achievement awards are very encouraging. I know that it might sound strange that a writer who has published many books still needs encouragement, but this is true” ~Joyce Carol Oates

Why are people in academia terribly uncomfortable with honorary degrees? Is it the 'Honour' that scares them or it is the word 'Degree' that offends them? While the motivation is not clear, except the jealous desire to protect their space, they have conspired to gang up against usually decent and respectable people in society who are awarded honorary degrees. As if on cue, they are quick to seize any forum to vent what seems like a pent-up frustration about why people who did not suffer like them at the hands of wicked supervisors, should ever share in the honour that is theirs alone.

At a recent brainstorming session organized by the School of Graduate Studies of the University of Ghana, speakers found convenient ways to divert the focus of the event theme –“Promoting PhD Education in Ghana”–to hack mercilessly into honorary degrees. Prof Oduro-Owusu, Vice Chancellor of University of Ghana, Legon, warned: “Let me stress once again that these titles are not supposed to be used. They are not PhDs; they are honorary degrees. So, if you have any of these titles lock them up and use your correct title.”

Another academic of repute, Prof Kwesi Yankah, tore into recipients of such honours, only stopping short at calling them fraudsters: “The false assumption of academic titles only devalues the discipline of title investiture, blurs the distinction between mediocrity and excellence and deprives society of opportunities to isolate its cherished values.” The distinction between a PhD and an Honorary Doctorate has never been lost on us. We know one is earned through rigorous academic work in a university while the other is merely an honour. But they are both earned and awarded.

I have had the honour and privilege of sitting through the award ceremonies of PhDs and Honorary Doctorates in Ghana and abroad. They are not the same. The former is usually part of a mass ceremony where various types and classes of degrees are also awarded. The PhDs come first, usually with a little mention of their research topics. No special attention is given them beyond the applause from the congregation. They file out across the podium, like other awardees, shake hands with the Vice Chancellor or University Council Chairman (if they are lucky) and exit the stage quietly.

The award ceremonies for honorary doctorates are more beautiful, elaborate and almost surreal. They are held in honour of the awardees but may coincide with the usual congregation of a university. Sometimes, they are held separately on a special day for the awardees alone. Like the PhD award ceremony, friends and family of the honorary candidate come to support them. However, because the honorary award is usually based on recognized achievement and contribution to a cause, rather than academic merit, the award ceremony may be different. Elder Mireku's happened in a church.

I represented my organization at the Great Hall of University of Ghana when one of our Board members, Kwaku Mensa-Bonsu, was awarded an Honoris Causa for his extraordinary service to the university community. He taught me Advertising at the School of Communication Studies at Legon. I was proud that my Alma Mater had recognized my former lecturer for his contribution to human development in Ghana. I was, however, shocked to find that he had taught a tall batch of students for many years without a salary. He sacrificed his time and knowledge for no material gain. He was never late to class.

I watched in grateful admiration as he climbed the podium to be decorated by the Chairman of the University Council, the late Kofi Annan, and some university professors. Later, I joined his wife, an accomplished professor of Law (Not Honorary), his children and other family members for the long photo shoot. A man deserving of honour had just been awarded a well-deserved honour by a prestigious institution before very honourable people.

Honorary degrees are special; the awarding institutions give them to people who have individuated themselves in areas a PhD may fall terribly short. If Honorary Degree recipients earned the honour, like PhDs do, why can't they use them? If they were meant to be locked away in drawers, then why do we bother to organize elaborate ceremonies to dish them out? Most ironically, these honours are usually conferred by PhD holders. Like a scientific experiment gone wrong, they turn round to say don't use them.

If my lecturer deservingly calls himself Dr. Mensa-Bonsu, does it constitute any form of academic heresy or take anything away from communication professors who burned the proverbial midnight oil for five years to acquire a PhD? My lecturer's case is quite unique because he had been doing what PhDs do, researching, writing, teaching and examining degree and postgraduate students for many years. But more than a PhD, he did it for free. Shouldn't we feel some compulsion to prefix the name of such achievers with a good accolade, especially when they already have one?

True, not all honorary degree recipients deserve the honour. For many, the awarding institutions suffer accreditation problems and the individuals may not have achieved much in their fields of endeavour to deserve a slight mention. Theirs may be academic sacrilege. The late Prof Prosper Yao Tsikata of Valdosta University in Ohio had very little patience for fake PhDs, near PhDs and Wannabe PhDs. The communication professor championed a 'near-hate' crusade against academic titles that require little or no effort. There is nothing like 'honorary hard work.' PhD is hard work. It is Pain Hard Done (PhD).

Beyond issuing warnings and cold threats, the National Accreditation Board has not told us exactly who we offend when we flaunt our properly accredited honorary degrees. I am billed to get one soon and I shall wear it on my sleeves, alongside my title as a development chief. Thence, I may be appropriately addressed as Nana Dr. Otimpon Kissi Addae Mununkum III.

Tissues of the Issues