When Journalism Touches The Heart Of Gold 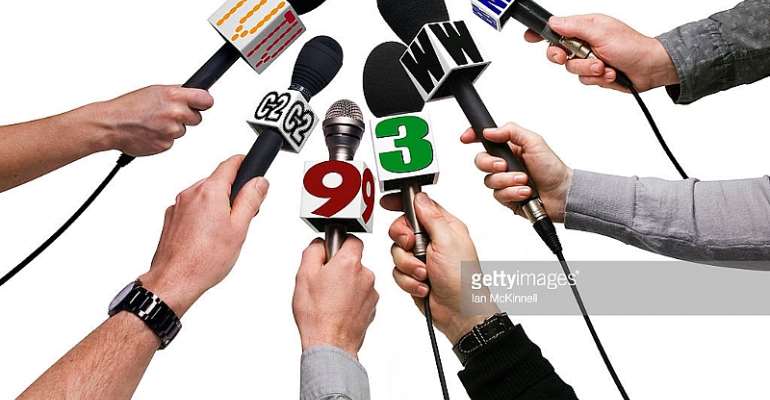 “When you give everyone a voice and give people power, the system usually ends up in a really good place” ~Mark Zuckerberg, CEO and Founder of Facebook

Journalism was never going to be the same when social media brought upon us the vanity of a virtual existence while forcing us to write less, copy and paste other people's thoughts and share funny gossips with our friends in cyber space. They told us “All the world is a Twitter”, limiting our words to 14 characters. We became freethinking narcissists, posting photos of ourselves doing silly things on Facebook and Instagram. We feared the end of journalism had come because people were not reading the fine details of news reports.

Snakes in the bathroom

Well, perhaps, the end did come after all. Circulation figures went down heavily, forcing some of the well-known newspapers to fold up completely. Our most faithful readers stopped reading altogether or sought their news on tablets and phablets. We panicked many times that true journalism (the long form) would crumble under the intense popularity and youthful appeal of social media. But we survived the threats, exploring better ways of 'containing' the effects of social media and using it to the advantage of our readers.

Last week, social media followers of Mabel Aku Banaseh, a brilliant journalist with the Daily Graphic, were reminded of the true value of journalism when she shared the chilling story of a single mother who required urgent assistance to solve accommodation crisis. Her apartment at Dansoman, a suburb in Accra, was haunted by snakes and her landlord had prevented her from using the main entrance to her flat. She had actually experienced the dreaded nightmare of encountering snakes in her bathroom. She was exposed to more health and environmental danger when the septic tank close to her apartment started spilling away its hazardous contents.

The single mum's plea to her landlord to fix the problems only worsened her plight, prompting the agitated mother and her daughter to start a frantic search for another apartment in Accra. That is another Golgotha. Renting in Accra is more dangerous than navigating the bomb-infested minefields of any war zone. That is, if you have the money to pay for 2 or 3 years' advance. You could pay the lump sum to a fraudster posing as landlord. You would not get the money back because the police may not be able to locate him. Meanwhile, your landlord could double the rent if you decide to stay.

The lady was unashamed to make clear her financial predicament; she doesn't have money to pay huge sums in advance for another apartment. However, if she found a landlord who would accept the more humane arrangement of paying on a monthly basis (that is how it should be), she would move away from the snakes and the putrid of human excreta haunting her apartment.

There are more terrible stories about tenant-landlord messy affairs that are never told. Who will listen to your story when they have more painful experiences? Will they help even if they heard your story? We have been used to the lethargy and nonchalance of our institutions for so long. Yours will be caught in the institutional redtape, like all the others that were sent years ago. The lady in our story had sent her complaint to the Rent Control office and had been scheduled to come for hearing sometime in November.

Rent Control? Are they still in business? That could take forever. She found other ways of telling her story and social media came handy. She was lucky to have found Mabel Aku Banaseh, a talented storyteller, to script the story in a punchy narrative ideal for the short attention span of people on Facebook. Perhaps, the lady just wanted a listening ear and did not anticipate immediate reaction from social media. We share these frustrations for funny commentary and cynical reviews by friends and enemies in cyber space. When we are lucky, they share our stories. It ends there…with a smiley Emoji.

Less than 3 hours after Mabel had shared the story, social media showed its sweetest side with great love and remarkable dispatch. Mabel Banaseh recounts the scenario with journalistic precision: “The single mother, who is being haunted by snakes at Dansoman needed accommodation she could pay for on a monthly basis. But something amazing has happened to her this afternoon. A benefactor just paid for her two years' rent. It's FREE. In fact, the new accommodation is far better and more expensive than the old one.”

The 'Ghanaian Samaritan' was a tad sweeter; he spared the lady and her daughter the trouble of hiring a taxi to collect the free money. He sent his driver to deliver the money. Mabel was present and observed: “She found it difficult to move from the venue where she met his driver to collect the cash. I had to move there to assure her it was okay. She's still in awe but I said to her “God loves you and your daughter. Make the best out of the situation.”

Like many of Mabel's Facebook friends, I was in awe too. I wrote to inquire: “Did this happen in Accra?” Right there, Mabel Aku Banaseh, Ghana's best journalist for 2013, proved wrong naysayers who wished patriotism and philanthropy were dead in Ghana. She may have also changed the thinking of critics who see nothing good about social media. Beyond commenting on photos with silly emoticons and liking posts without reading beyond the byline, it is refreshing to find that people actually pause to read what we post on social media and find time to respond to our private worries.

This is what we do as people who care for another. Our social networks represent a digital reflection of our true intentions when the moment is right. Gradually, we have come to accept that having a double life (one on social media and the other on in our bedroom) is not as bad as we thought. For the lady in the snake-haunted apartment, social media is both a saviour and a place for serious business, thanks to Mabel Aku Banaseh. Alas, journalism has found a heart of gold.

Tissues of the Issues

More Feature Article
Modern Ghana Links
Who Born Dog: We Still Remember The Exposure Of Corrupt Judges - By The Brilliant Anas Amereyaw Anas
The Beauty Of Kigali Is A Product Of Law-Enforcement And Sacrifices Of Rwandans
Celebrate Ethiopia’s March 1, 1896 Victory at Adwa: Ethiopia is Fighting Another Battle Today to Protect its Sovereignty
On LGBTQI: Let Us Talk about Authentic Ghanaian Culture Here
Are The Covid 19 Vaccines Satan’s Agenda? Is Covid 19 Endtime Disease?
The bogus culture argument against homosexuality in Ghana
Paul Kagame wasn’t rebuked by God: Clamp-down on ‘criminals’ of God now!
Does Alex Sarkodie Know Anything about Intellectual-Property Rights?
Election 2020: One election, 7 graves, 7 results!
Quote Reports Dossiers
TOP STORIES

Gov't sets up committee to ensure vaccine development in Gha...
14 minutes ago