Dear TV3, Can My Ugly Friend Read Your News? 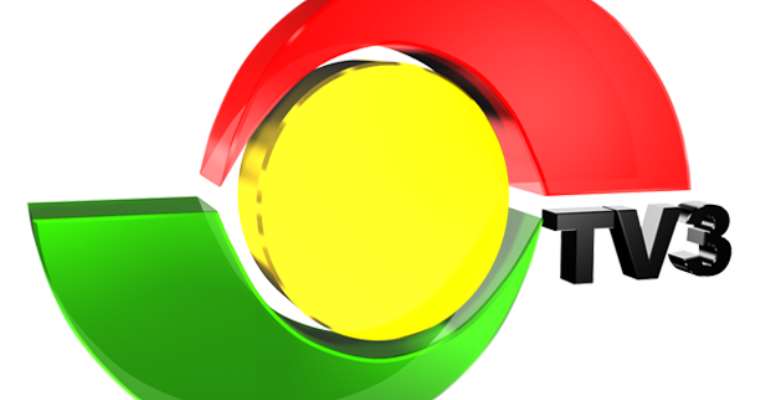 “Attractive people earn an average of 3 or 4 per cent more than people with below-average looks. Attractive people tend to have desirable personality traits like higher self-confidence-likely a direct result of their good looks that appeal to employers” ~ Daniel Hamermesh, professor of economics at the University of Texas

When we were kids, we found people on television very good looking. Even when there was nothing striking about their looks, other traits compensated for their lack of spark. We satisfied ourselves that our television idols had a tantalising combination of intelligence, confidence and poise. We yearned to be on television. We didn’t check whether we were attractive enough to do a job that required that we were good-looking? Well, we could always wear nice suits to look good.

Media Plurality
While we didn’t think that our TV idols were unusual creatures plucked from the underworld or the celestial realms, we never imagined that television stations purposely advertised for good-looking people. Do people choose to be attractive or ugly? TV3 is presently looking for ‘good-looking’ people to audition for television presenter jobs. Other requirements include proven interest in broadcast journalism, good spoken English, good presentation skills etc.

The audition could be a terrifying experience for even the most talented and beautiful person. Television doesn’t forgive; you can’t afford to get it wrong. In a pluralistic media environment where some 128 television and 392 FM stations are jostling for audience attention and patronage, the television anchor cannot afford to mispronounce even the most difficult place name or chemical symbol.

The standards are higher, the demands are bigger and the consumers are demanding. In the midst of so many choices, the average radio listener or TV viewer will flip the dial or change the channel when the content doesn’t seem right. When the show is mediocre or too drab, we have the liberty to be impatient about our right to choose.

What do television viewers want to see in the idols on our screens? These days, they come cuter and gorgeous than they were years ago, but they also look less natural and believable. When they are fair, they appear pink by the magic of make-up, wild dresses and expensive accessories. While some beautiful black faces sometimes lit our screens with their beautiful skin, there appears to be a preference for the visibly lighter skin-in keeping with the trends in showbiz and movies.

TV3 Audition
The myth was that being fair hides a person’s ugliness (kokoo kum akyer), and modern cosmetology and dermatological science have given the freethinkers many ideas on how to bleach, tone or wipe the front layer of the skin to appear fair, semi-white, almost white and evenly fair; anything but black.

The fairer the skin, the dearer the price. It was make-believe when traditional families in African movies charged bigger bride price for their daughters who had fairer skins. Today, what was only make-believe in movies has become the norm in our corporate world, entertainment and fashion sectors.

Beautiful people get more favours, better paying jobs and are often aided to jump the queue to get what they want. TV3’s audition call for good-looking people to read their news is part of the wider trend that celebrates good looks. The subtext of the audition call is that ugly people need not apply even if they have the skills and the interest.

The trend is dangerous, especially for our kids. My five-year-old son knows the effect of good-looks on people. He thinks his lighter-skinned friends are more beautiful and favoured by his teachers. “Why do you think your teacher likes them more than you,” I asked him? “Because she is nicer to them than me”, he submitted. That could pass as kid stuff, but we believe in the innocence of kids to only report exactly what they observe.

Beauty Is A Skill
When I pick him after school, I see a somewhat special treatment for the parents of the mixed race child in his class. The teachers adore them. I am too old to worry about such a trifle but a five-year-old feels the difference. Does it explain why his favourite cartoon characters are always the most good-looking? And why are they always white or mixed race? I recently bought him a cartoon film acted by an all black cast. Well, he doesn’t like it. “They are not nice,” he says.

It is the same in the banking, insurance, gas and the aviation industries. You might need some impressive marketing and pitching skills to market insurance, but we have accepted the painful reality that beauty is an additional skill that will sell a life insurance policy faster to a population that is increasingly growing vain, sophisticated and materialistic. Our ladies walk about with balloon hips and fake boobs.

In the financial sector, the good-looking people manage the prestige accounts as relationship officers, where they interface with rich clients to keep the big money coming in. As a prestige client, I am greeted at the main banking hall by very polite and decently dressed professionals. But when I am escorted upstairs to the prestige area, I meet another group of astoundingly beautiful ladies who add something special to the banking experience. Their make-up is way up into the stratosphere of vanity and obnoxious materialism. Need I add that they are usually light-skinned? You might think beauty is a good skill.

Bernard Avle And Paxman
It costs a fortune to look good, but what do good-looking people bring to the television experience? Perhaps, we are comfortable to flood our television screens with beautiful people because we see ourselves in them. They make us beautiful.

If I would be glued to the TV for an hour during the news telecast, I am fine with the beautiful company of Isha Sesay and Anderson Cooper, than the mournful and morose-looking news presenter I saw the other day. Instinctively, I asked: “How did this one too get on television?” I concluded that the media house that engaged her cannot afford the gorgeous ladies at TV3, Citi and GH One. I have a crush on Jessica Opare Safaro. She is talented and sexy. Ridwan Dini-Osman is the next big thing.

We have some fine talents on the Ghanaian media scene today. Is Bernard Avle our answer to Jeremy Paxman? If Andrew Marr and Wolf Blitzer are still in character, Kwaku Sakyi-Addo must not be allowed to hang his mic. He is actually good-looking. Of course, we are not looking forward to our Amanpour anytime soon, and we are not complaining. We have StarTimes to deal with.

There are many problems with our media practice but the standards here are adequate for our purposes. With some hard work, smarter reporting and better regulation, we might attract the most beautiful people in the world to read the news on TV3. How much do they pay, anyway?