How Can Demographic Poverty In The African Continent Be Neutralized? 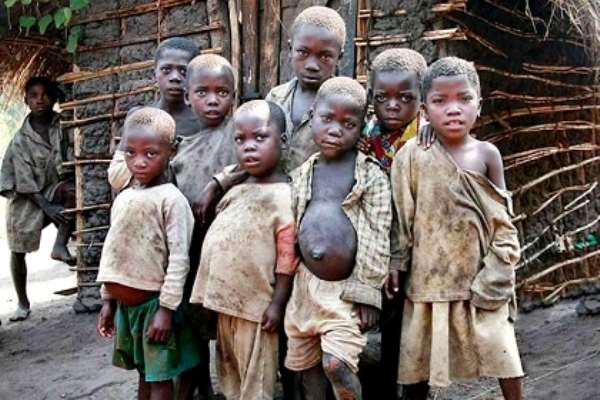 Apparently, Africa is the richest continent in the world, and even much richer than Europe if we are talking about natural resources. 30% of the mineral resources of the planet are in Africa, unfortunately, the continent can't utilize their resources, resulting in corruption, poverty, and slow development.

Oil, uranium, gold, diamonds, cobalt, bauxite, iron ore, are some of the precious resources found in Africa. Besides, the continent also has biodiversity, which is still incredibly rich, despite ruthless exploitation.

It doesn't really make sense how rich Africa is, yet millions of people live in poverty due to many illicit reasons, such as fraud, embezzlement, and over-invoice, collectively deemed as corruption. Frankly speaking, African politics is not for the masses but for the politicians fighting to be in power.

Because of the corruptible nature of African politics Europe and America media are fastinated, writing all kinds of bad news against Africa, yet, they wouldn't write that the clandestine activities, such as slavery, colonialism, Apartheid, and man-made diseases have affected the development of the continent.

Every year, Africa's poverty drives mass departure of Africans in the search of greener pastures in Europe, causing the biggest immigration chaos throughout Europe, especially in Italy.

This serves the interests of the imperialist companies and local rulers because they want to drive out the people in order to have better control over this gigantic wealth. Such is the patriarchal and condescending attitude inherited from missionary time.

Again, it is also impossible to read anywhere that five of the 20 fastest growing economies in the world are in Africa, and no one discusses how helpful this rich continent can offer Europe and America.

Not at all, the mainstream media wouldn't say "Africa is helpful to the economies of Europe and America but they love to say that it is a shithole corruptible continent." God only knows the kind of heads African leaders carry on their body. It's sad because people are really suffering in Africa in the abundance of resources.

The Democratic Republic of the Congo was once the property of a lunatic king Leopold II of Begium. Since after independence Belgium lost the country, Congo has never been stable, either political unrest, war, or the spread of Ebola.

The country has large reserves of columbite-tantalite, which is absolutely necessary for everything from mobile phones to computers and game equipments. According to some analyses, in the Congo, there are still unused raw materials at a value of 24 trillion dollars.

Africa is very rich in oil and gas also, and many others. In Ghana and Mali, for example, there is gold (the third largest reserves in Africa), bauxite, iron ore, and phosphates. In 2010, the EU made a list of 14 strategic minerals, which are almost absent in Europe but available in China and Africa.

Desite all the resources the continent doesn't gain much, instead, it's like a carcass attracting a flock of vultures from Europe and Americe to the continent, which is why Emmanuel Macron in France launched a neocolonial attack on this continent. According to United Nation's forecasts, the population of Africa will double amounting 2.5 billion people between 2016 and 2050.

This is about the same number of the world's population during the era of the Second World War. The question is whether our planet will sustain such a population growth. However, it should be quite clear that migration is not the solution to these problems.

European and American governments don't even have any respect for you, therefore, give what belongs to Africa to Africans and let them control their own resources.

"I want every Okada driver to be a billionaire" — ‘CODA Dri...
14 minutes ago