Clearing The Doubt--In Defense Of The Truth-- A Respond To One EK Barnes, Member Of The Student Unification Party 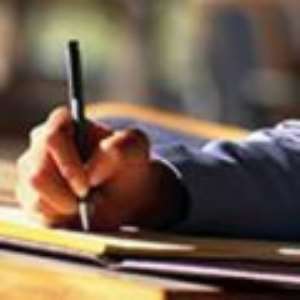 EK Barnes, this is my first time to have ever made a comment on your post on social media. I am poised to do so not because I'm suppose to do, but because it is necessary to do so at this point in time. Firstly, I must commend you for "MY THOUGHTS ON THE CURRENT WAVE OF PROTEST BY Sup Press Bureau" which seeks the understanding of the reality of student activism and national leadership and or responsibility.

EK Barnes, let me make you to understand the difference between student activism and national duty. Though the two may seem to be the same, but they are quite different. In demystifying our analogy of the two, we must consider the current situation base not only on our interactions with men and their environments, but also the reality of what it is.

Some may consider the two to be exactly the same base on self reasons best known to themselves which I also guess you are no exception, while others, on the other hand may consider them as different. Student activism in its clear definition refers to a doctrine or practice that emphasizes direct vigorous action especially in support of or opposition to one side of a controversial issue, while national duty is a mandate given to individual(s) at a particular point in time and is needed to be executed fully.

If I were to ask some questions about the achievements of the Student Unification Party since its foundation in October of 1970, other than Wou Garpi Tarpiah, Wewe Debbah, Toniah Richardson and other ideological defenders of history, I am of the strong certitude that there will be no answers to my questions without mentioning men of critical voices like Alvin C. Wesseh, Emmanuel Mulbah Johnson, Emmanuel Ticonti Tutu Swen, Abraham Askie, Mamena Carr, Mamensie Kabba, G Alex M Williams, Eddie Tarawali, Ivor S. Moore, Conmla Jerome Saydee Jr., and the likes of other fighting forces who stood up against what current members of the party are now in matrimony with.

Brother EK Barnes, we have to be objective in our engagement. The Fendell Students Association (FENSA) stood by Alvin C. Wesseh to the end. Today, they have changed the dynamics of student activism on the campuses of the University of Liberia. Their true advocacy has laid the foundation of change. Their agitation has instructed the administration of the University of Liberia to begin the renovation of the Academic Building, degitalized registration process for students, decrement in the proposed USD$7.00 increment in tuition and fees, increase in the number of buses etc.

I am fully convinced that you have grasped the theme of the basis. We can now move on straightly with the issue. I must admit that the young men you made mention of in your post chanted the revolutionary battle cries and sloganeered the cause for social justice and academic freedom at the University of Liberia.

Yes, they demonstrated as SUPists years back, but for institutional cause. Yes, they paraded the veranda of the University of Liberia as SUPists, but in one accord with discipline and not personal benefit. Yes, they danced to the lullaby of the militants and cadrés under the palava hut, but in an effort to champion the cause of the ordinary students, meet with their objectives and foster the plights of the students.

During their time at the University of Liberia with respect to the situations they were faced with, holding to their respective belief was something that distance them from the foe that caused some of their peers to be baptized with the dogma of Ellenocracy and Boakaicracy which also authenticated their retreat into cowardice.

Their agitation for the decrement in tuition and fees, provision of adequate buses to commute students to and fro the university's campuses, well equipped laboratories and libraries, internet facilities, research centers, renovation of buildings, etc, did not only cause the vast majority of the students to admire them but also mandated history to absorb them in its right arm.

They have graduated from being student activists. They have completed said mission as student activists. They now have a call that must be answered. They now have a single national mandate that needs to be executed. And that mandate is to transform this nation and emancipate their people from economic stagnation, social disadvantage, political deception and strangulation, intellectual arrogance and the list goes on.

Brother EK Barnes, this is not to say that your points made here are not reasonable. They are all good, but in a harsh tone. I would prefer that you reconstruct them in a better way that would be clear of arrogance, argumentum ad hominem, class interest, and institutional disadvantage.

It is a good thing to engage your leaders, but in decent manner. If you do, I truly believe in my dimensions (body, soul and spirit) that those brothers will surely respond to your quest. We are honored not for the amount of boots, regalia and paraphernalia we wear to chant battle cries, but for the logic that we push. It's part of education, the passport of success.

The channel we used was the same channel Joy FM used to get ...
21 minutes ago