Liberia: Corona Virus Crisis – Save Lives Or Protect The Economy? 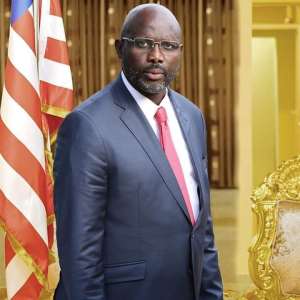 As the new decade dawned, the CDC-led government under President George Weah may have prepared to enjoy great prosperity through new technologies and digital services, health and sanitation, food and security, education, agriculture, transportation and electricity; then came one of the largest and most disruptive virus outbreaks the modern world has ever seen. On March 11 of this year, the World Health Organization (WHO) declared COVID-19 a global pandemic.

Corona virus pandemic hit Liberia in an unexpected way. It has ravished advanced health sectors of some developed countries around the world and has tempted to destroy their economies perpetually.

While China is heading toward a steady recovery, Europe and the United States have closed their borders and are in the process of locking down tens of millions of people in order to contain the spread. Many governments are faced with a difficult dilemma: Save as many lives as possible, especially among the most vulnerable, or protect the economy?

Moving forward, the Government of Liberia through its Commander In Chief, H.E. George Weah, in an effort to protect the state and people and to properly contain the spread of this scourge, closed various borders, airports and seaports and declared a three-week State of Emergency, though it has been further extended. Many Liberians who called on the president before the constitutional mandate was given, have commended him for embarking on such a great feat to tackle the COVID-19.

The impact of COVID-19 on the Liberian economy will be significant and cannot be avoided. Whether it will last a few months, a year, or even longer remains to be seen.

All advises and activities are based on four key areas and goals: preparation and readiness, detection, protection and treatment, reducing transmission, innovation and learning. The implementation of these needs the strong support from the public including all citizens and residents of our society and country.

It is conclusively established that people without symptoms are freely spreading the virus. This fact is being adequately communicated to the general public, who are under the impression that if someone is looking well, they cannot have COVID-19. Such communication has enhanced compliance of lockdown strategy in the country.

Precautionary measures of COVID-19 are necessary to protect the healthcare, educational and agricultural sectors and entire industries – including retail, commercial aviation, tourism, and hospitality – from falling apart. The technology, media, and telecoms (TMT) industry may not be as much exposed as these to the effect of social distancing and lockdown, but there will be a significant impact on digital services consumption and resulting revenue.

The COVID-19 may have huge impact on various digital consumer services segments such as mobile communications, mobile apps, broadband, TV and video, digital commerce, advertising, and gaming among many others.

The State of Emergency declared by the president is one of the many best ways to respond to the virus; the Government of Liberia through the Ministry of Health and National Public Health Institute of Liberia has therefore formulated measures or plans on how to respond and prepare for those impending changes that have emerged in the past few days.

Today, most attention and responses are focused on the impact that lockdown and social distancing measures have on consumer demand. Increased consumption of digital content from mobile apps to TV and gaming has already been observed in China and Italy.

Even though in Liberia, however, segments that rely on live entertainment such as music and cinema may suffer greatly from loss of ticket sales, but saving the lives of about 4.2million citizens is crucial at this point in our country.

The deeper and more important outcome of the COVID-19 pandemic will be the effect it will have on the economy in the longer term. At present, we expect that it will take about two to three months before recovery can actually begin.

One positive aspect of the pandemic is that it will accelerate the development of technologies that help the fight against it. For example, artificial intelligence (AI) and smart home healthcare services should benefit in the long term.

While daily routines and regular activities have come to halt for almost half of the Liberian population as a result of the novel corona virus outbreak, the Liberian economy and most Liberian households have been under almost incredible strain. The pressure to get back on track — in the middle of a pandemic that has not yet peaked — tends to be non enormous. But so are the public health perils.

Should we prioritize the lives of citizens ogver the economy, or vice versa? The number of corona virus cases has not hit a record high, and the CDC-led government was poised to pass a massive emergency stimulus deal through the House of Senate to keep citizens going while they observe the state of emergency. At the same time, Liberia now leads West Africa in swiftly fighting the virus, followed by Sierra Leone, according to CGTN News.

President George Weah wants the country to return to normal life as he continues with his development agenda. The lockdown and state of emergency and the availability of stimulus packages for citizens across the fifteen counties while observing social distancing around the nation aim to halt or slow the spread of the virus.

The president's effort, through the Ministry of Health and National Public Health Institute of Liberia has ensured that every citizen always observe social distancing to get control over this pandemic and avoid the worst-case scenario for the nation’s health care system.

So far, there are 133 total confirmed cases in Liberia, 92 active cases, 25 total recovered, 16 deaths, and 675 contacts under follow up, according to the April 26 reporting from the National Public Health Institute of Liberia. We can save the economy and save lives — work to reduce the risk of more COVID-19 cases and loss of life by stabilizing public health, which would also ensure the economy could recover. Avoiding a second wave of illness would mean not suffering a repeat of the current lost productivity and uncertainty.

Though, getting both positive outcomes is not that easy, we can embark on this intensified focus, an all-out victory on the health front, so that the economy can in fact be reinvigorated with full confidence. It's not just saving lives, this is trading off lives saved now for life and health and basically pursuit of happiness in the years to come. Liberia will get back to normal as soon as possible, and will avoid long-running consequences that could blunt life expectancies and impact long-term health if the country sinks into a deep recession.

The Liberian leader issued stay-at-home order, closing nonessential businesses to contain the virus. Because both the health of Liberians and the health of the economy are valuable to the country, the president deemed it quite necessary to shut things down stronger and sooner. This is laudable.

As a result, the country was fast to recognize the extent of the outbreak and to start mitigation strategies, such as social distancing through MOH, NPHIL and several health experts, to slow the rate of new infections and prevent hospitals and clinics nationwide from being overwhelmed by a surge of patients sick with the virus.