Are Poverty And Prostitution Part Of Kenya’s HIV-Aids? 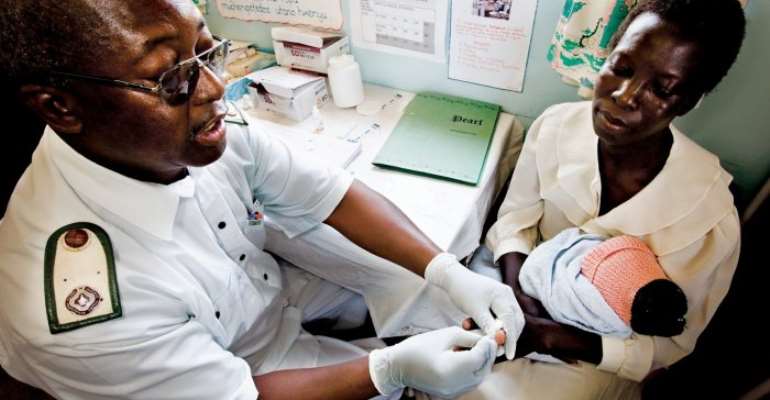 Why have people particularly infected with HIV been diagnosed with Hepatitis C across Africa? This is not normal.

About 14,000 people in Sub-Saharan Africa are being infected daily with HIV and 11,000 are dying every day due to HIV/AIDS-related illnesses. However, the rate of HIV in Kenya has increased significantly.

Some studies have shown that poverty and HIV infection in Kenya are in correlation, but none has shown whether HIV/AIDS in Sub-Saharan Africa is an outcome of poverty.

According to the World Health Organization, Sub-Saharan Africa is home to 62% of the world's Human Immunodeficiency Virus (HIV) as described in; “Global HIV/AIDS overview. Geneva (Switzerland): WHO; 2005.

The descriptive epidemiology investigation found that a large number of patients with presumed aflatoxicosis had sought treatment at Makindu Sub-District Hospital (Makueni District) and at Mutomo Mission Hospital (Kitui Districts).

Research reveals that migration, sexual trade, polygamy, teenage pregnancy and early marriages are the consequences of poverty and lack of education.

But in many scientific papers, it is never indicated that HIV/AIDS epidemic wasn't only the outcome of poverty but directly related to mycotoxin-contaminated food and environment.

Due to health risk factors, such as HIV/AIDS, especially immunological suppression is associated with aflatoxins.

Aflatoxin is associated with both toxicity and carcinogenicity in human and animal populations.

Information about risk factors associated with outbreaks of aflatoxicosis is limited. In addition, only a few animal studies have measured aflatoxin concentrations because unbound aflatoxins remain in the blood for a very short period of time after exposure.

That's the reason it is usable as a bioweapon or biowarfare product because it is difficult to trace.

The Government of Kenya’s encampment policy prevents local integration of refugees, prohibiting them from engaging in economic activities outside the camps thereby limiting their access to sustainable livelihood opportunities.

Currently holding the unenviable title of the world’s biggest refugee camp, Dadaab is home to about 490,000 people. According to the United Nations Refugee Agency (UNHCR), 60 percent of the population is age 17 years and younger; many of them have never known any other home outside the camps.

Funds have forced the World Food Programme (WFP) to reduce the number of food rations for the refugees by 30 percent. While the agency hopes the cuts are temporary, they could, in fact, become greater without significant contributions that will prevent food stocks from running out.

Refugees say the ration cuts make their already difficult lives even harder. And the WPF hasn't only to deal with reducing of food and money but also to buy food at a very low price.

The announcement came six months after UNHCR and WFP announced in July that some 800,000 refugees in Africa were on reduced rations because of funding shortages. They asked donors for US$186 million to allow WFP to restore full rations and prevent further cuts, and the request for UNHCR to provide nutritional support.

In the southern part of the United States of America, mycotoxin contamination of food is an everlasting problem and a lot of food is rejected by the markets. Therefore, farmers sell these contaminated products very cheap or dumped them in Africa where hunger is also a drastic issue.

Thus, the contaminated mycotoxin agricultural products stored in warehouses, are exported to refugee camps in Africa by the World Health Organization and the United Nations High Commissioner for refugees.

UNHCR has adequate food storage capacity in both Dadaab and Kakuma and the warehousing has been centralized in one compound in accordance with International Public Sector Accounting Standards (IPSAS) regulation that requires a central storage system.

FACING ACUTE HUNGER A woman stands on the brink of an unprecedented threat of chronic famine due to a catastrophic failure of rainfall. She walks to her neighbors compound at the refugee premises. Without any hope what the future holds. As if she was praying or calling God to descend she raises her hands high in the air and begin to cry out for help.

This narrative is about chronic hunger and the sickness stemming from food deficiencies for Congolese refugees in the Gihembe camp of Rwanda. Gihembe camp is one among many long-term sites administered by the United Nations High Commission for Refugees (UNHCR).

From its inception in 1997, refugees have expressed how inadequate food supplies really are, and how severe the food rations are affecting them. This was the situation of the refugees sharing the scanty foods which often make them sick.

Despite this, everyone in the camp accepts the rations. Everyone, including the humanitarians, recognizes the bodily consequences and the experience of chronic hunger.

Can the UNHCR and WFP explain why food supplies damage human bodies and inflict sickness?

The attempts by the malnutrition center are at best humble humanitarian efforts to correct a mutually well-known problem: there is not 'enough' food, and especially insufficient amounts of 'non-poisoned' food.

The logistics are fraught: food shipments have been damaged by rain from long transit routes across multiple countries, and American and local independent farmers secretly and illegally swap out their rotting food with the clean food on the transit trucks.

Under the supervision of the UNHCR and its partners, additional food programs are created for those living with HIV, or for the children whose wrists and ankles are examined for their circumferences and then assessed using another rubric for malnourishment. But the UNHCR is providing these children with contaminated food which causes Aids.

In the worst cases, their hair will even become straight, “like the white people!” Refugees exclaim, emphasizing how unnatural and unhealthy such a feature is on their children. Refugees know all too well the indicators of malnutrition: a child’s ankles, cheeks, and bellies will puff out, giving the illusion of health.

Or even of excess weight, until all the other bodily indicators of sickness are put together and the doctors notice how large a child’s head is relative to her body, and the degree of swollen body parts against her fragile skeletal frame. Unsurprisingly, many children in Gihembe refugee camp are much smaller than healthier better-fed children of the same age across the globe.

Mold risks in environment and human systems Mycotoxin was coined in 1962 in the aftermath of an unusual veterinary crisis near London, England, during which approximately 100,000 turkey poults died. When this mysterious turkey X disease was linked to a peanut (groundnut) meal contaminated with secondary metabolites from Aspergillus flavus (aflatoxins).

It sensitized scientists to the possibility that other occult mold metabolites might be deadly (Bennett and Klich, 2003). But once the food shipped from the United States to these warehouses gets wet the number of mold increases.

Of course, authorities and refugee communities identified environmental concerns that affect food security and nutritional indicators in both camps but because of the needs, the food is distributed.