The Bitter Experience Of The Holocaust 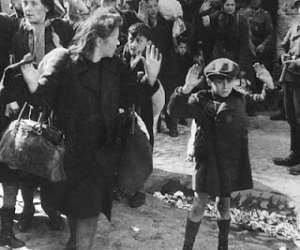 The label attached to this act of genocide gives another indication of who aided and abetted Hitler/Himmler. The word 'Holocaust' was first used in this context in 1957.

Jewish organizations and the governments of Israel, the USA, and Germany all jumped on the bandwagon with 'Holocaust and War Memorial Museum' in Washington, the 'World Holocaust Remembrance Center Yard Vashem' in Israel and the 'Holocaust Memorial' in Berlin.

They didn't talk about genocide, memorials to millions of dead, or anything along those lines. They know what 'Holocaust' means: complete destruction by fire, i.e. residue-free burning, a process described in the Bible as 'burnt offering.'

This stinking procedure which requires enormous quantities of fuel was probably connected with the elimination of immediate stages of biological weapon production and those who fell victim to it.

The first 'Holocaust' goes back to the first 'holocaust,' the first burnt offering,' mentioned in the Bible, the Jewish and the Christian religious scriptures, and the Koran, in which Yahweh is said to have told Abraham to sacrifice his son. Abraham would have obeyed Yahweh's command.

He actually prepared to ritually murder his son Isaac, and burn the body, but just as he raised the knife, Yahweh ordered him to let Isaac be. Instead, Abraham was instructed to ritually kill and burn an animal, without leaving any residue i.e. to commit a form of a holocaust.

This story of Abraham's willingness to kill his own child and his actual killing of an animal at Yahweh's command (i.e. that of the priests- author's note) gave its name to the mass murder of the Jewish persons. During the Holocaust, weaker beings were killed and burnt at Yahweh's behest.

After emigrating from Warsaw to New York, Joseph Isaak Schneersohn, the leader of the Chabad-Lubavitch Jews, held Yahweh accountable for these murders, saying that the massacre of the East European Jews was Yahweh's punishment for their sins. While in Warsaw, Schneersohn had insisted on strict compliance with the laws on residence, hygiene, and food prescribed in the Torah. 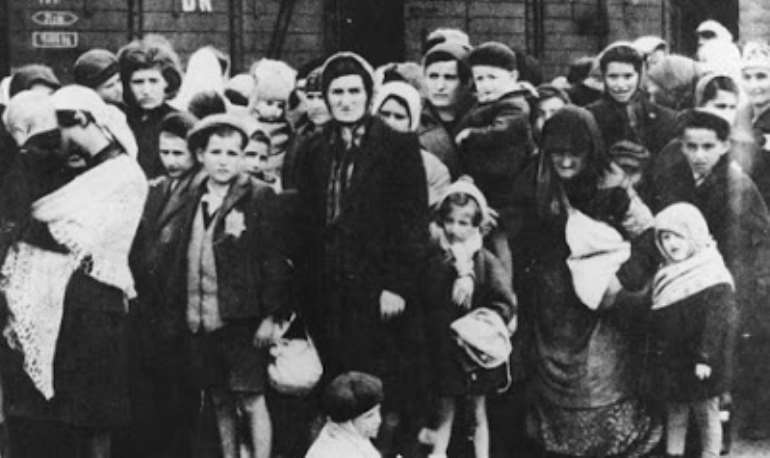 He prophesied that the 'thoughtless ignorants,' the non-religious members of the 'bund' and the 'pitiful apostates,' who had converted to Catholicism would suffer all the diseases inflicted on such sinners in the Torah. These epidemics did actually occur, for example, in Lithuania, Belarus, Warsaw, Auschwitz, Lviv, and Istria.

After the end of the war, this interpretation of the Holocaust as divine retribution was perpetrated by leading priests in Israel, for example, by the Sephardic Chief Rabbi Ovadia Yosef, in a radio broadcast on August 5, 2000, by 'Grand Rebbe of Satmar,' Joel Teitelbaum, by Rabbis Herschel Greenberg, Eliezer Zaklikovsky, Yosef Jacobson, and by David Ben Gurion.

They claimed that the Holocaust was God's way of punishing and purifying the masses who had fallen prey to sin, for example, inferior Jewish persons.