The Role Of Journalism In Africa’s Development 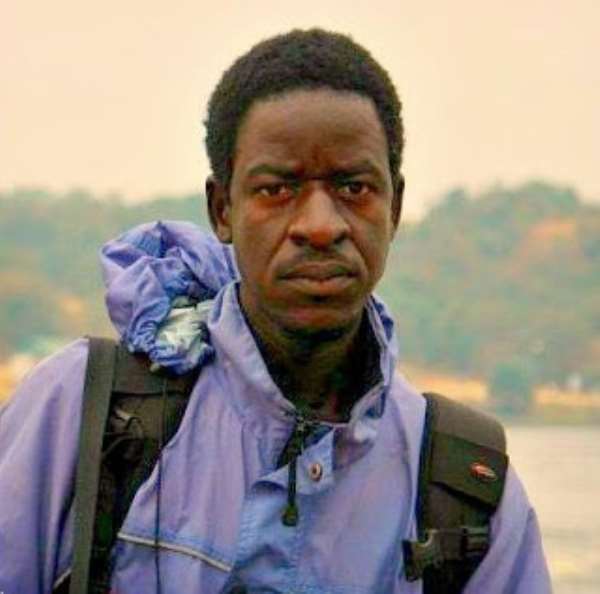 Each month, the International Journalists' Network (IJNet) features an international journalist who exemplifies the profession and has used the site to further his or her career.

On June 30, 2014, IJNet features independent journalist Pat Robert Larubi, who is part of the Acholi tribe in Northern Uganda’s Gulu district. Larubi has worked at a number of local media houses, in radio, television, and print. Last year, he joined NTV as a correspondent news reporter for the Acholi sub-region. He also began contributing stories to the Daily Monitor as a freelance journalist.

As northern Uganda emerges from two decades of war, most of Larubi’s work focuses on the post-war recovery process.

Larubi is also an advocate for Uganda's Human Rights Network for Journalists (HRNJ), where he fights against the mistreatment of journalists by police.

How has IJNet helped you?
I use IJNet to improve my journalistic skills, including basic news writing and reporting. I have accessed grant opportunities and scholarships and [learned about] news reporting tools, like how to use a smartphone to report a breaking news story.

Through IJNet, I learned of clippings.me, where I developed my personal portfolio visited by hundreds of people looking for news and information updates from Uganda. It’s beyond an ordinary blog, and this innovation is superb for me and other practicing journalists.

In April 2014, I [received] the Thomson Reuters Foundation full grant scholarship to undergo television training (in the UK). The award was an inspiration. I also got an opportunity to undergo oil and gas training for Albertineb-based news reporters with the African Centre for Media Excellency (ACME), as advertised on IJNet. All these engagements would not have been possible if not for IJNet.

You work in print, television, and radio. How do you manage all three platforms?

I learned these skills in school. [I'm a 2009 graduate of the] United Media Consultants and Trainers [MCAT] school of journalism and mass communication, where I engaged in practical camera work, radio and news writing and reporting.

Last year, I decided to go solo as an independent freelance journalist. This is a virgin field that most Ugandans have not yet thought of tapping into. I see freelancing as the only sure way to beat the probability of unemployment. Often, contracted journalists must work only for their particular media house, challenged by low pay coupled with exploitative terms and conditions.

I pitch to different editors who approve and give me the go-ahead to gather more details, write or script [for TV or radio]. My geographical region of coverage gives me a more comparative story advantage, as my stories are exclusive in nature and not duplicated, which would be the case of stories covered by several media houses within a particular area or from press releases or seminars.

My direct field engagement enables me to come out with unique and marketable story leads based on real issues affecting the common man.

What advice would you give to aspiring journalists?

Aspiring journalists should exploit the numerous opportunities available, so as to fully practice and develop their career. Journalism is all about creativity; if you are not creative and innovative in the way you think and write, then you are out of business.

In Uganda, editors, sub-editors or bureau chiefs tend to sit on news stories (delaying publication). To me, this is an obstacle, as it blocks the ability of the future journalist to shine in the profession. Editors should look at where they came from. For journalists continuously ignored in their reporting, I urge them to utilize social sites and other online opportunities like blogging to break the iceberg of thinking.

Uganda has passed a number of laws that criminalize freedom of expression, like the anti-homosexuality act, with the clause of the compulsory disclosure; the public order management act; and the anti-pornography act, commonly known in Uganda as the mini-skirt law.

[These laws] stifle, restrict and curtail the enjoyment of freedom of expression as guaranteed by the 1995 Constitution of the Republic of Uganda. As these laws continue to prevail, there is a need to remain professional and equipped to demand press freedom and justice.

A short biography of Pat Robert Larubi
He has covered the war and post-war recovery process in Northern Uganda. As a social entrepreneur, Pat has managed Destiny Film and Television Academy. This is a youth community journalism training center aimed at empowering the youth of Uganda with basic skills in photography, videography and sound production.

Mr. Larubi is a graduate of journalism and mass communication from UMCAT School of journalism, Kampala. He holds a BA in Information Technology and System Management from Datamine; a certificate in Pedagogical teaching skills from UGAPRIVI Academy, Kampala.

He has worked as a correspondent news reporter for NTV and The Daily Monitor from January 2013 to August 2014 in Acholi sub-region. He currently contributes to Chimpreports, East Africa fastest growing online news website based in Kampala. He reports on a wide range of topics which including Health, IT News.

He continues to lecture at Destiny Film Academy and UMCAT School of journalism and mass communication. Pat had been a valued mentor and youth educator at Fontes Foundation. He enjoys the sport and has trained as a kickboxer with the Sharing Youth Centre. Pat is a family man with 3 beautiful children.