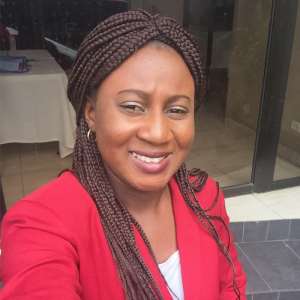 Whoever said Africa was not capable of managing its own affairs had yet to encounter the ECOWAS Volunteers Scheme. To ECOWAS insiders, it’s the de facto “Marshall Plan” of ECOWAS that seeks to uplift the Mano River Union countries embedded within ECOWAS -- Liberia; Sierra Leone; Guinea-Bissau -- from extreme poverty. To others, it’s a largely-unknown attempt to address the deep unemployment affecting the youth across West Africa.

Cutting an assuming and humble figure, I first met her in Liberia for an ECOWAS meeting in January. I was impressed by the wealth of experience she has, considering how she started off herself as a Youth Volunteer back in 2011.

She believes it “was a dream come true” as the platform not only improved her professional skills, but also afforded her the opportunity to “interact with and meet the needs of young people in one of the most vulnerable places in the ECOWAS Space -- Liberia” She explains how throughout her seven years of professional volunteering, she has had the opportunity of serving at different “strategic levels”, including as an English teacher and Assistant to the ECOWAS Volunteers Programme.

I had yet-another opportunity to meet Mz Ayoola today on the sidelines of the “Second Annual Forum of National Volunteering Agencies in West Africa”, which was themed “Place of Volunteering in the Fight Against Youth Unemployment”.

Pressing her on whether the ECOWAS Volunteer’s Scheme would be expanded so as to be more representative of skills outside the non-medical and educational sector (as had been advertised a few weeks ago), she replied in the affirmative, explaining how the expansion went to now even include UN agencies seconding their ads to EYVS for them to advertise.

She explained that, an ECOWAS Volunteer e-platform will be ready by next week, which will allow national volunteer agencies within the sub-region to sign up.

Officially launched in March 2010 to celebrate twenty years of ECOMOG’s first-ever intervention in Liberia, the ECOWAS Volunteers Programme aims at injecting the skills and expertise of volunteer citizens from the ECOWAS Community in cross-cutting sectors of the interventions of the ECOWAS Commission.

When selected, the Volunteers are deployed in selected government institutions, specialised agencies and civil society organisations that are active in socio-economic, cultural, political and humanitarian work outside their country of origin.

Since January 2017, the programme has been extended to cover all ECOWAS Member States