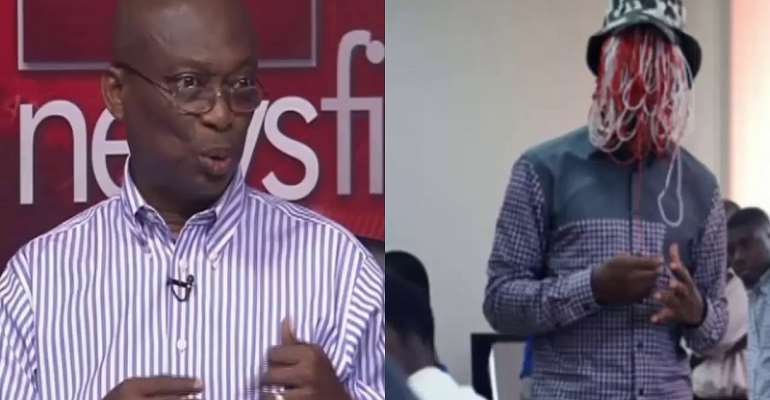 What Ely Calil (who died yesterday apparently after a fall in his Holland Park mansion in London) meant, was that he would sign enough oil and gas contracts within a 24-hour period, were he absolute monarch of Equatorial Guinea for even that short period, to enable him set himself up as a very, very, very wealthy man, for the rest of his natural life. Bloody nerve. Bloody fool.

Truth be told, it is that selfsame yearning for untold wealth at the expense of poor nations, which drives so many dubious characters into the murky world of politics, in our country today. The Kwesi Nyantakyis, Kennedy Adjapongs, Bernard Antwi Boasiakos, and others of their ilk, all seek to 'own' and 'control' our nation, as part of their stealth-wealth-creation strategy.

Selfless, patriotic and public-spirited individuals who care passionately about Mother Ghana, and consequently work for the common good at all material times (and cannot be bought - because their consciences aren't for sale at any price) - are a threat to the abovementioned power-hungry, greedy-brigade-members, who fund political parties solely as a sure-banker-building-block in their quest for untold wealth at the expense of our nation and its people.

It is for that reason that some of those blockheaded rogues secretly seek the destruction of the reputations of the independent-minded and principled Kweku Baakos and Anas Amereyaws of Ghana's (mostly-corrupt) media world. The irony is that were political parties in Ghana funded with taxpayers' cash, for example, the baleful influence of arrogant characters such as the Kwesi Nyantakyis, Kennedy Adjapongs, Bernard Antwi Boasiakos, and their ilk, would never be countenanced by any of our nation's political parties. Food for thought.

Anas Amereyaw's and Kweku Baako's sterling contributions to the nation-building effort in our democracy, are of more value to our nation and its people, than anything the vulgar and boastful Kennedy Adjapongs, Kwesi Nyantakyis, and Bernard Antwi-Boasiakos have ever done in their entire sodden lives and will ever do. Are they not really in politics solely for their own selfish ends? Hypocrites. It is time they left the Kweku Baakos and Anas Amereyaws in our midst alone. Haaba. To use a famous Ghanaian pidgin English phrase: "Who born dog?"