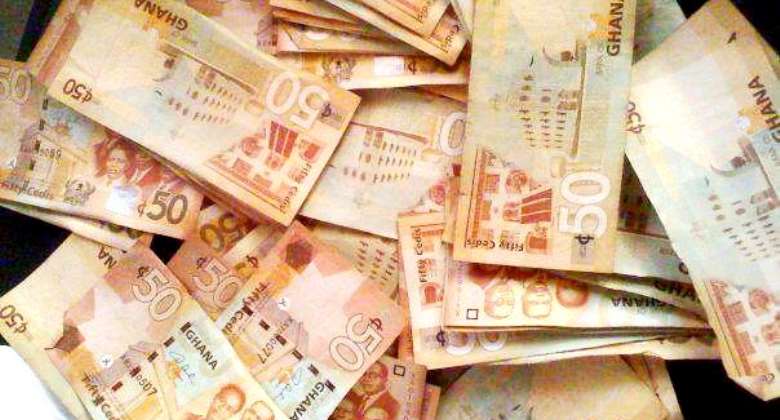 Juego de suma cero; zero-sum game, is the perfect phrase that promptly comes to mind. As l rifled through a leaked parliamentary report on cash-for-seat allegations, (the committee charged to fact finding). The whole thing boils down to zero, rien, nada de nada

But let us be fair to the minority MPs in parliament, led be Okudzeto Ablakwa, Honourable member of parliament. That, if indeed he was approached and the grievances of access-to-seat fees were made 'officially' by the high-ups of expatriate community, then, the minority would have no choice but to take on the case

This would have been provoked and driven facilely by democratic principles and pieties. That Ghana is a country drenched in rule of law but, as l envisage, he should have a hind sight plugged in doubt whether it will lead to anywhere. That would have been the reason why the supposed plaintiffs flat-out refused the invitation of parliament to actually ratify their complaints before the committee. But this is not allusion that the cash-for-seat didn't happen. At least that is fact from the report

And how the largest opposition political party executives got wind of it is another mystery. Was it an aggrieved expatriate or NPP insider? In either way, it looks very demeaning to me tantamount to Donald Trump's shithole tantrum. Trump's remarks is an eventual open secret of long-held perception of what the rich and powerful, the countries of the expatriates about Africa and its people

The above question forms embodiment of conundrum of the usual status quo of what African leadership entails. That is the absence of pre-emptive consensus, planning and execution of norms and policies that will wholesomely benefit masses. In other words, we don't get or do things right

Unlike epic unity which symbolizes ,white supremacy' - l mean, the rich countries, the so-called countries of expats - Africans are woefully so divided in almost in everything. Is there any more explanation as to why we are where we are today as a continent?

Even in diaspora where every single indigenous citizen is seen overtly united in their nationalistic ambitions and determinations. Sometimes in fear of tomorrow's national wellbeing. An African do not learn and say we are in this together. That is exactly what expats do. That is to say, when you are in another man's country, you have to work in unity to the welfare of country of host

To build and transform the country of residence for the collective benefits of all. In essence, provision of expertise to the wellbeing of the host country is moral obligation. The brouhaha about cash-for-seat has given me the long-awaited opportunity to register my anger at the so-called expats living in Ghana and continent at large. Whose overactive role is to milk Africa and leave it poor

With this reality in mind, one will wonder the fever behind the cacophony of expatriate extortion? Salvo we don't understand what exactly extortion is. Extortion leaves one with no choice. But in cash-for-seat miasma, the expats have the choice of at least not honouring the invitation to the event. And legitimately stay at the comfort of their homes or work places

In the end, the purported funds raising was intended to be given back to them as awards - a telltale instance of zero-sum game. In other words, the expats have practically nothing to lose absolutely. Because what they will lose at the high table will be recovered in awards

Coincidentally, some of us who happen to be at high tables (in our own world) know precisely what it takes to be there, even though we are not in the habit of Juego de suma cero

En fin, the minority's fervent clinging on the seemingly populist ethos, is yet to establish a room for quid pro quo scenario where the expats after dining with the president as part of cash-for-seat kit will get political and economic favours. Which would have been the basis upon which the apparent scandal would have grounded. I acknowledge that the opposition party has to do its work but not at the peril of its own interest. As petty political gimmickry can affect negatively its credibility

As for the part of the report which reveals cover-ups and forgery on part of trade ministry and parties involved. I believe the report should be secretive as nationally classified documents!